Lebanese design duo Bokja have created embroidered maps of the Arab world to represent the changing politics and traditions of the area as a tapestry. In the Arab Fall map, the sea is made from pairs of imported jeans to demonstrate how the rise of imported cultures has led to the replacement of native traditions. The Arab Spring map, which shares its name with the wave of demonstrations and protests that began in 2010, is woven onto the centre of an old carpet, which is intended to represent the worn-out but cherished values of the Arab countries. The tapestries show a range of symbolic imagery, which includes a genie eating fast food and a flying elephant. Bokja designers Hoda Baroudi and Maria Hibri describe their work: “Bokja’s map of the Arab Fall interweaves imported jeans as a backdrop for the sad reality of an Arab world where imported fads and fast foods have replaced timeless traditions and native delicacies.” 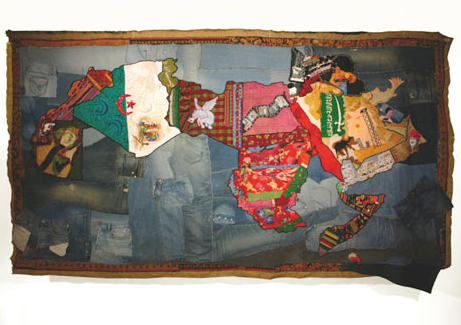 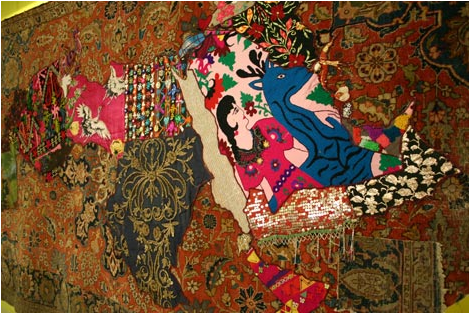 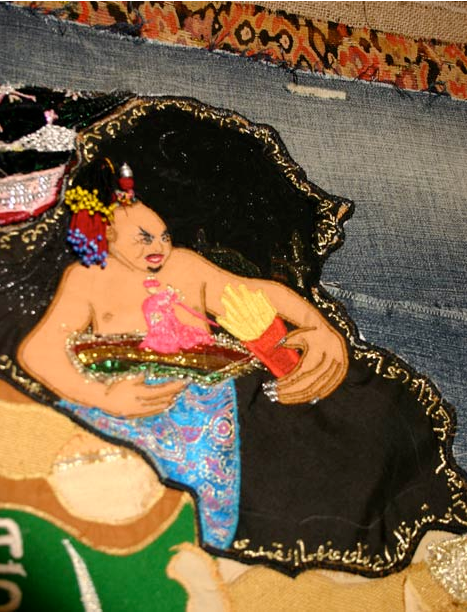