On the rare occasion the BBC has network problems your COVER scribe enjoys looking at the fiery Armageddon Clown 502 Bad Gateway message. Clown chappy looks quite chipper given the firestorm behind him. Return from whence you came, instructs the BBC. Very droll. 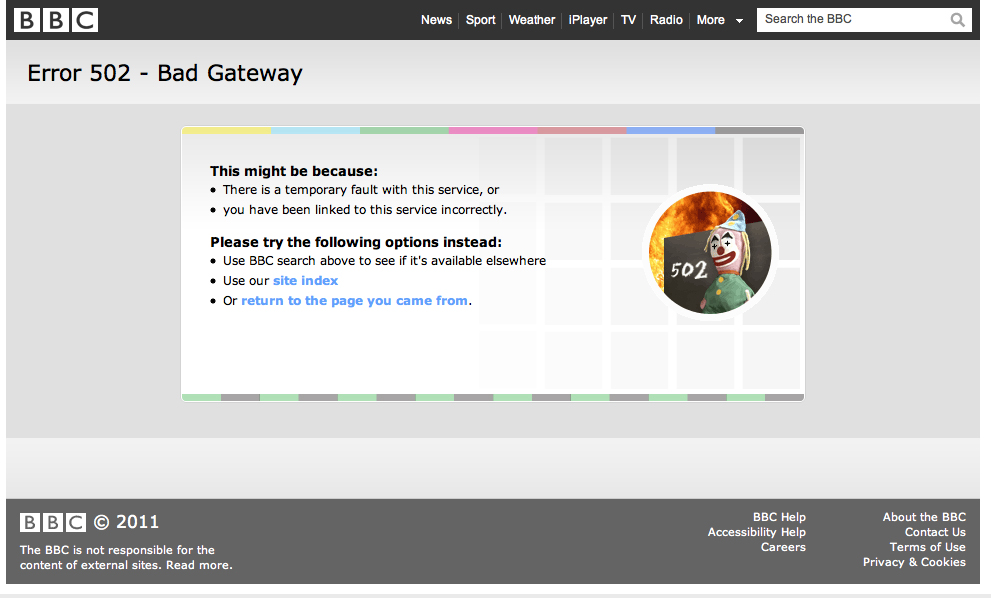 And a firestorm is just what US Olympic broadcaster NBC is getting from angry viewers who missed live coverage of the men’s 400m individual medley gold when US Olympian Michael Phelps lost the gold to teammate Ryan Lochte. Why is this? Because NBC decided to delay Olympic broadcasts to the “Prime Time” slot. Oh dear. COVER suspects legendary TV mogul Bill Paley from rival network CBS wouldn’t do the same. He’d be in his smartly appointed Knoll office instructing his newshounds to broadcast live.

So in a nod to the salad days of television when the big three US networks (NBC, ABC, CBS) ruled the airwaves, COVER has dipped into its archive to bring you “Static Screen”, a 2004 Knoll textile designed by fashion designer and artist Stephen Sprouse, who was inspired by a black & white static television screen. 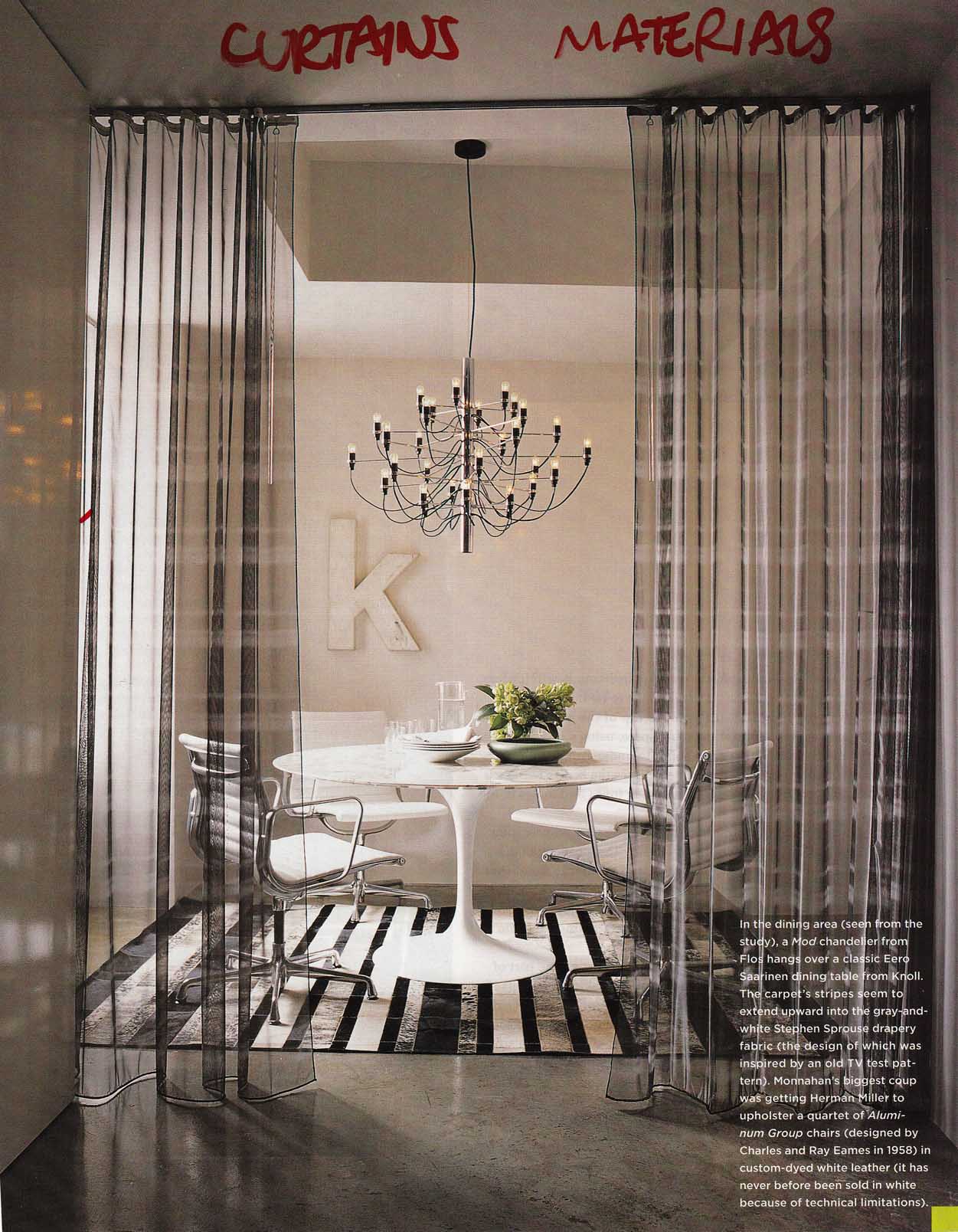 Sprouse’s inspiration was television “noise”, but film buffs may think it’s also homage to the famous Poltergeist “They’re he-eere” static screen scene. Dipping ever further back in our archives, COVER rather thinks “Static Screen” looks like the curtain in Simon Templar’s hotel suite in the 1938 movie “The Saint in New York”. 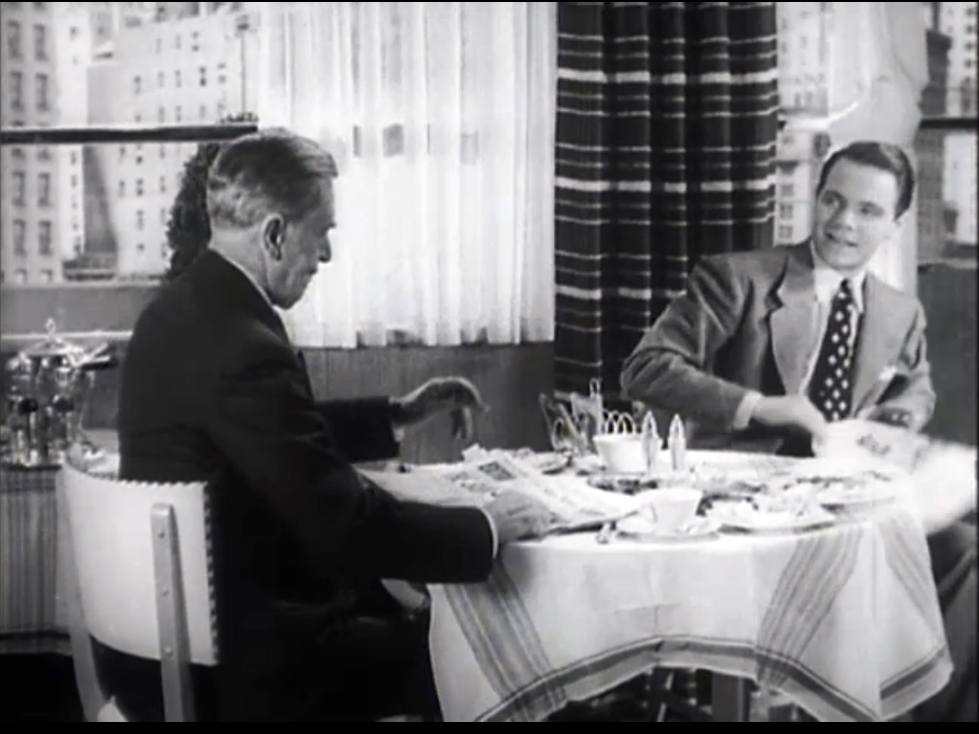 “Static Screen” was designed in conjunction with Knoll’s Suzanne Tick. Do be sure to double click the curtain image to get the full effect of this glorious, sheer TV textile. DJ