The COVER stand is located next to the necessaries, but your scribe quickly discovered this is no negative, but rather makes for a primo location. Sooner or later everyone crosses in front of the COVER stand at which point they are ensnared by your scribe’s silky subscription sales pitch. 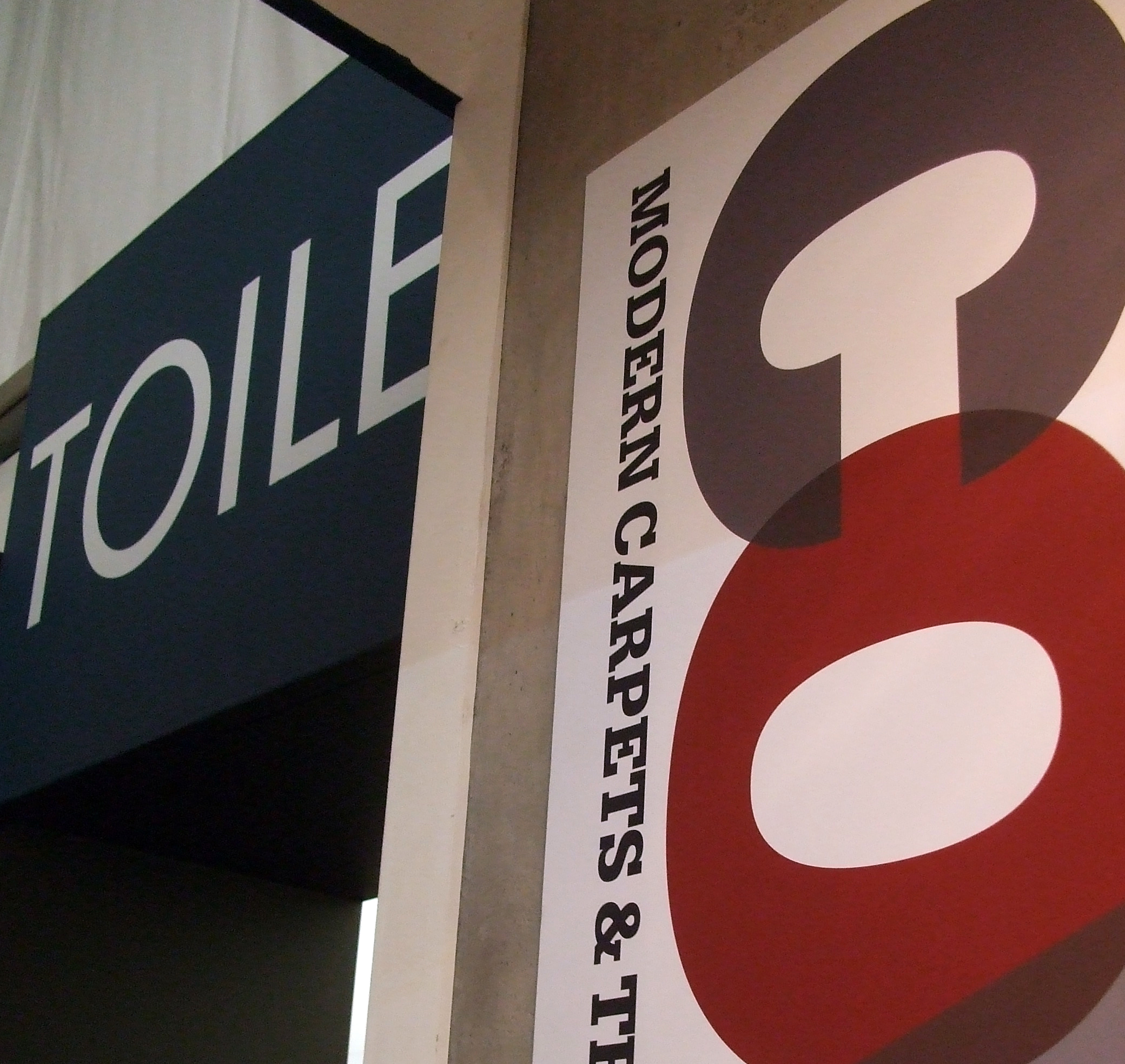 Your scribe noted quite a few women at the fair wearing Pantone’s 2012 colour of the year “Tangerine Tango”, mainly as tights. This attendee propped herself against the COVER stand where she blended quite nicely with our magazine. 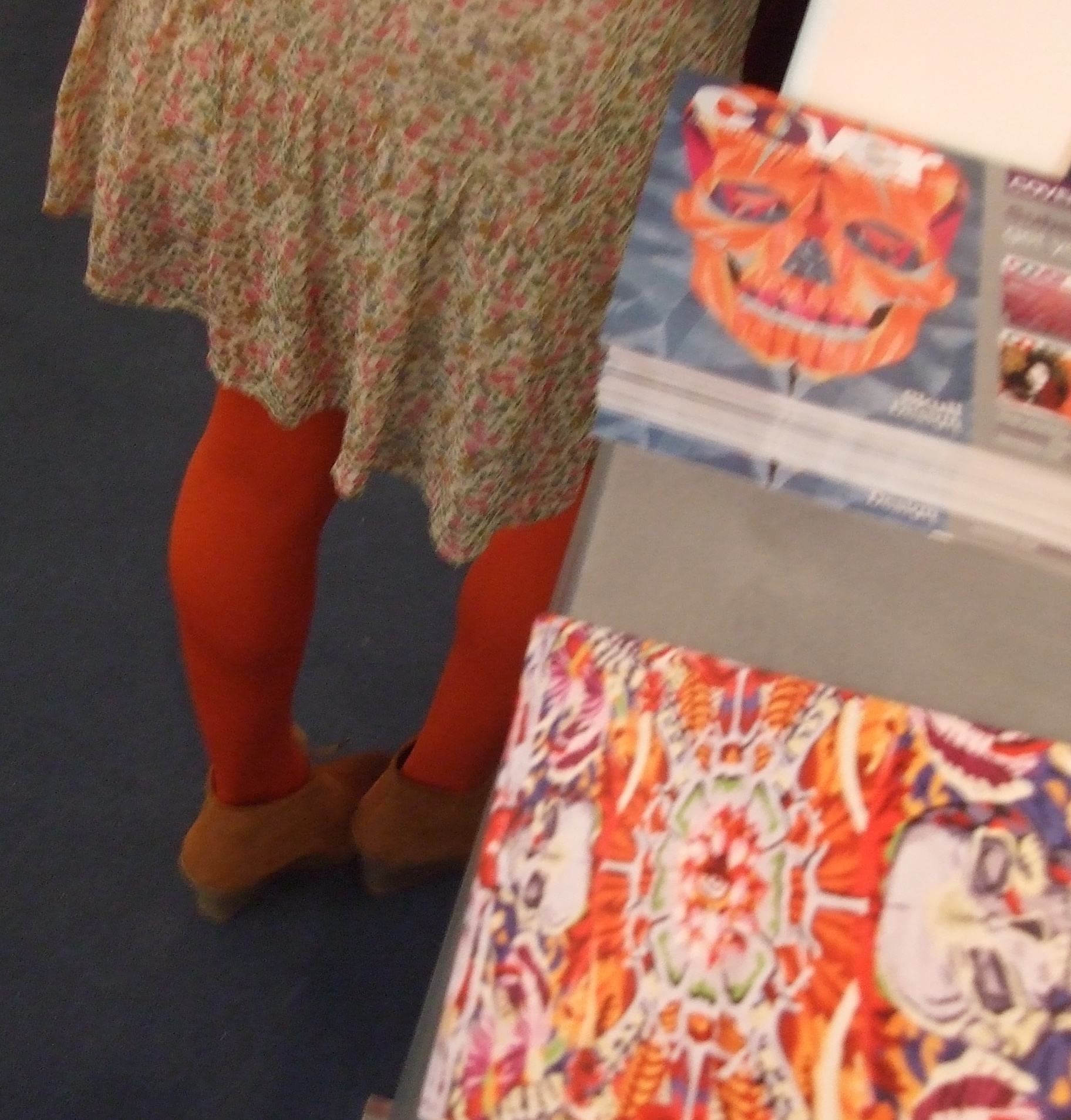 Your scribe is a Scotland fan, so when a lovely super stylish flame haired editor from Homes & Interiors Scotland magazine stopped by the COVER stand, she was a siren luring your scribe to their stand to take out a subscription. Cleverly, they are aiding their subscription drive by plying punters with chocolates by Iain Burnett, the Highland Chocolatier. Your scribe sampled Garden Mint, Lemongrass and Raspberry Truffles. Yum! 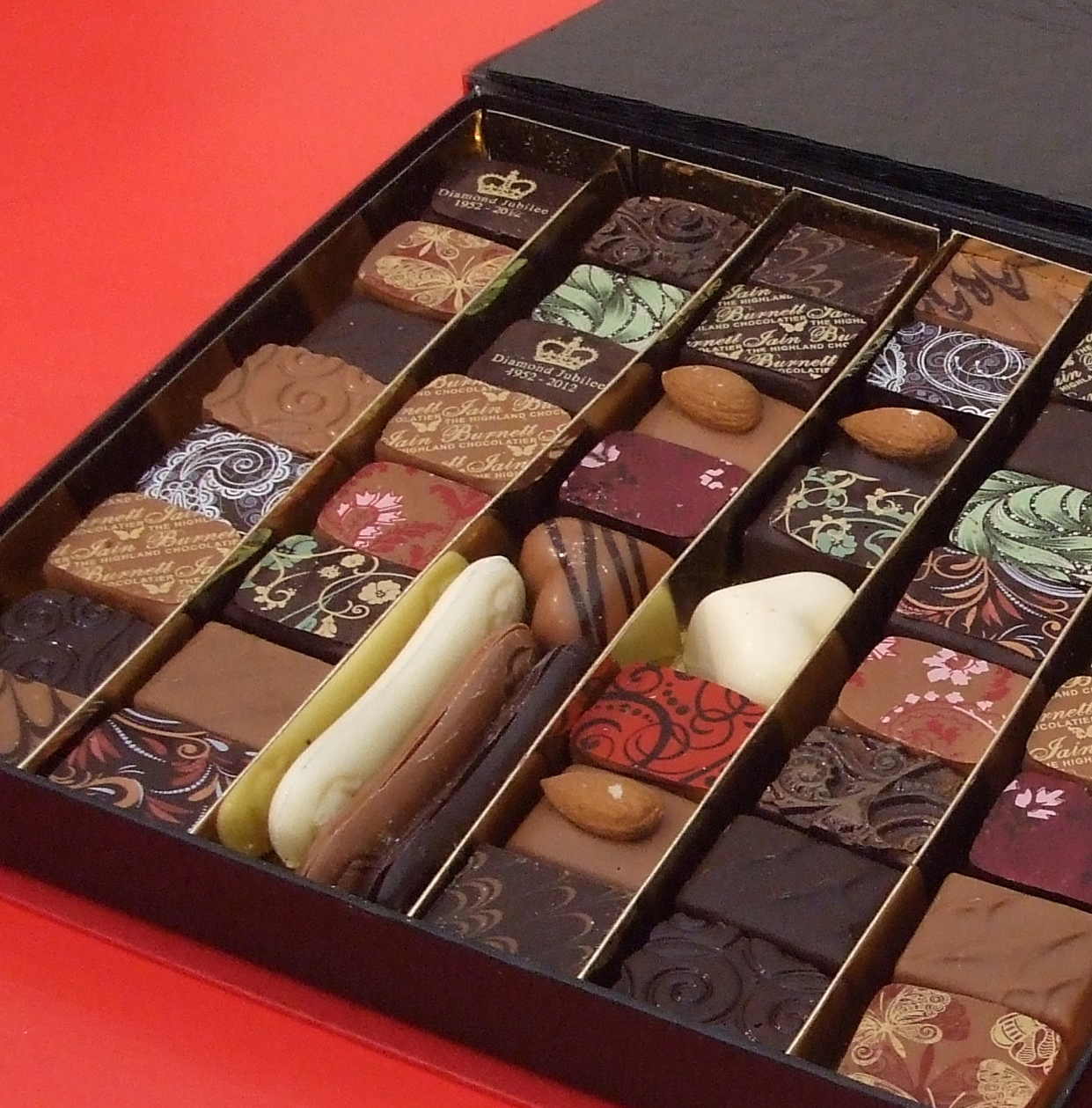 The prize for most unusual stand at Decorex surely must be awarded to Andrew Martin. Your scribe is a Battlestar Galactica fan, so the SciFi theme derived from Andrew Martin’s set designs for Ridley Scott’s Prometheus, drew your scribe in. The man himself gave your scribe a tour of the stand. And very nice he is too. 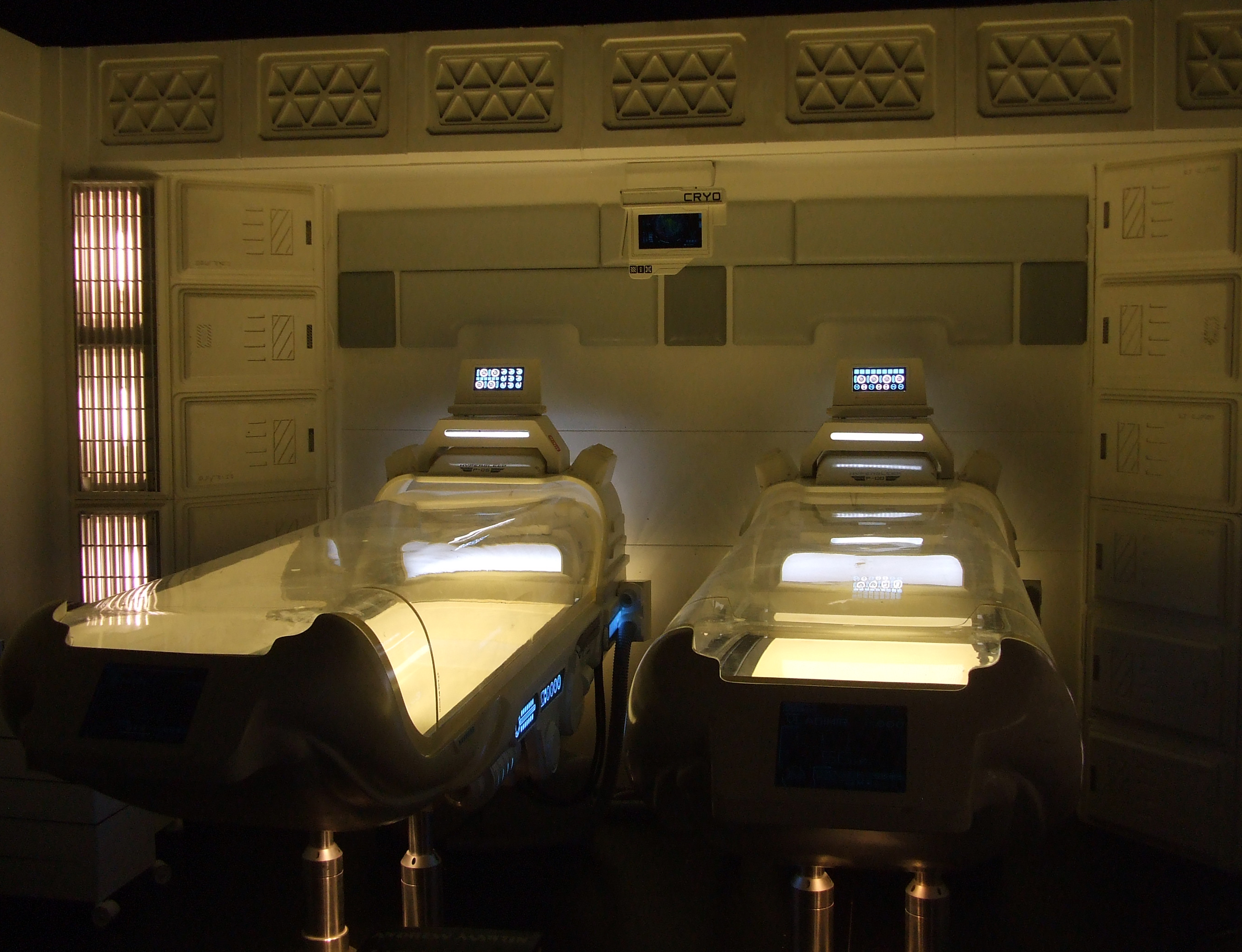 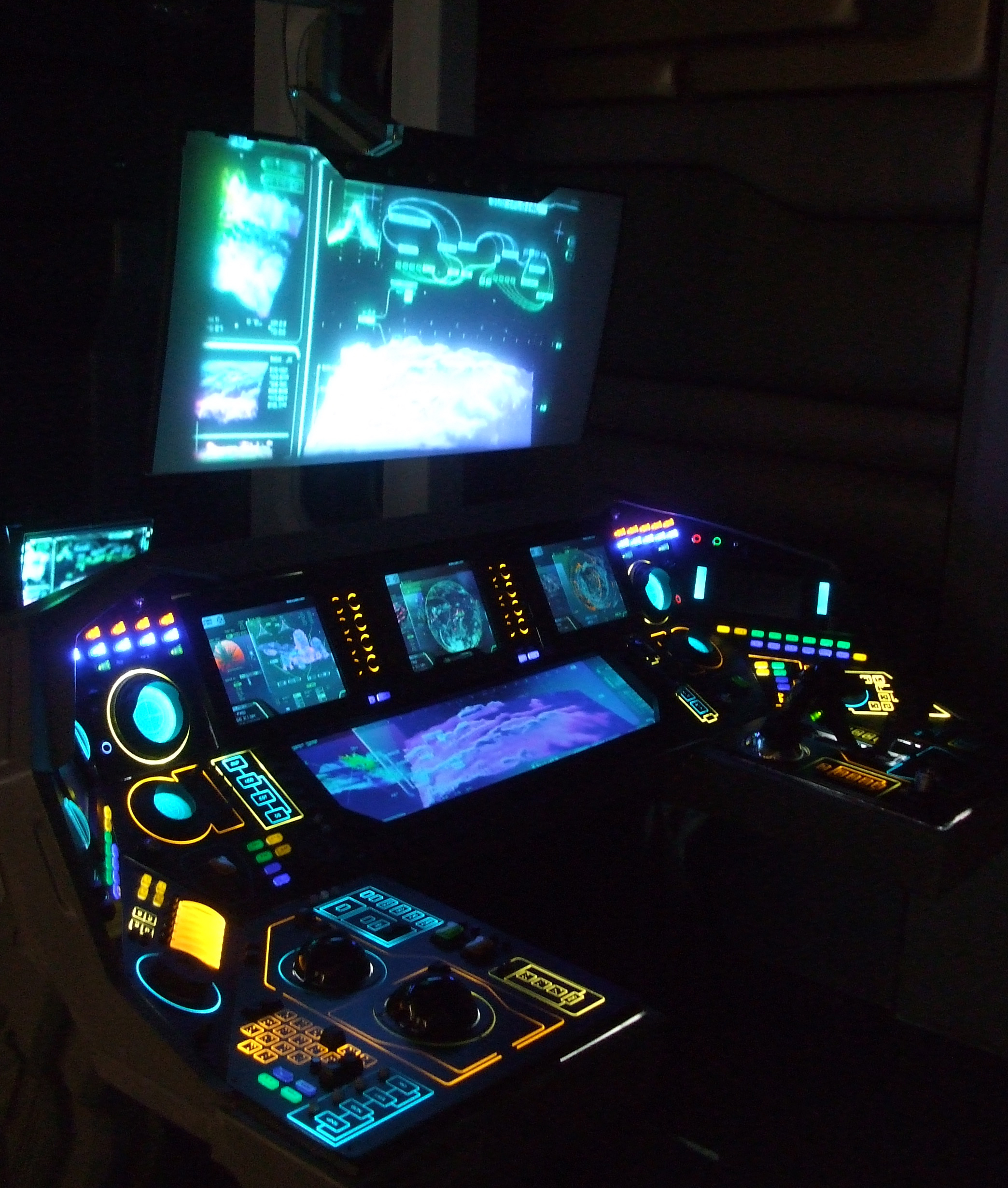 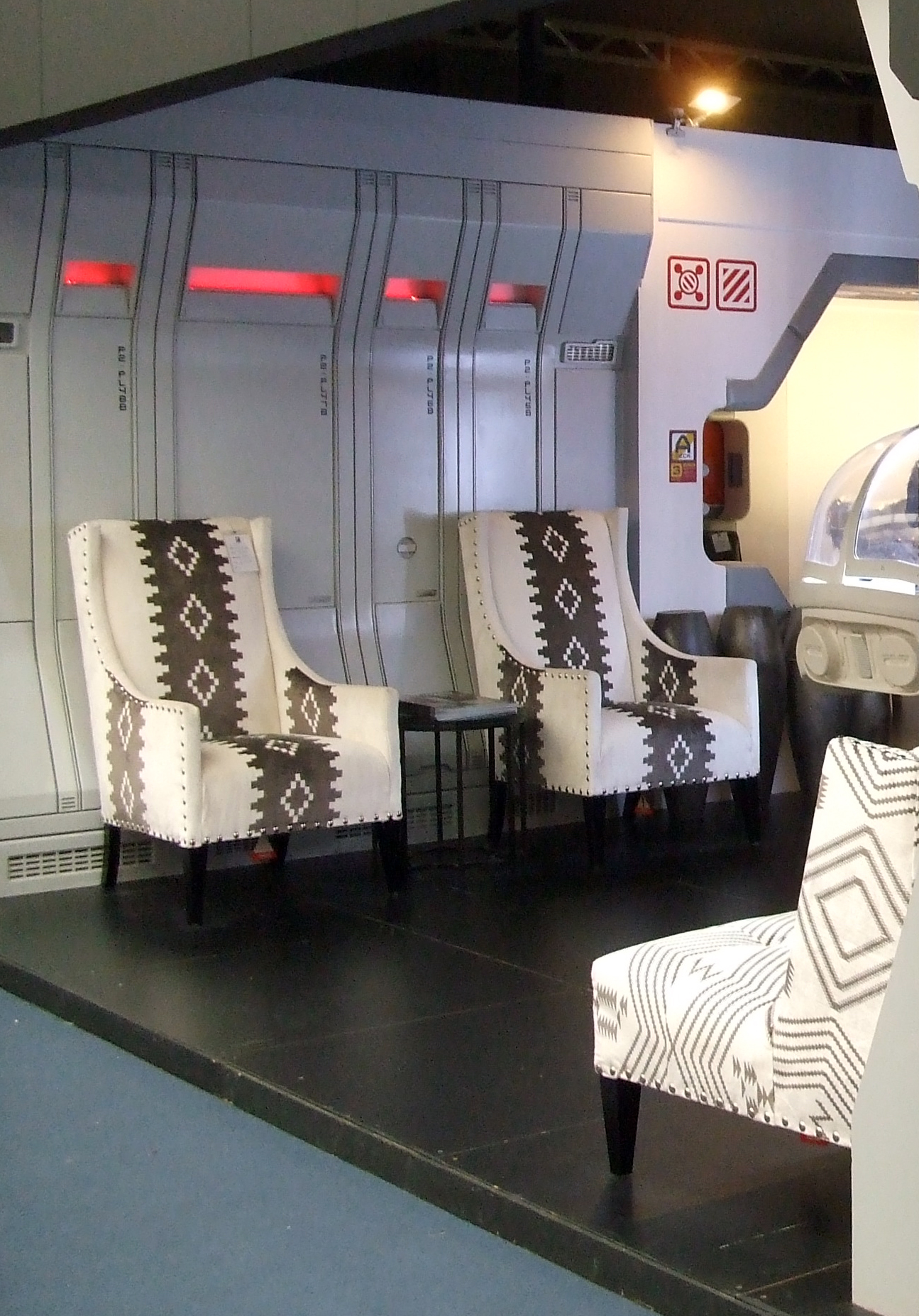 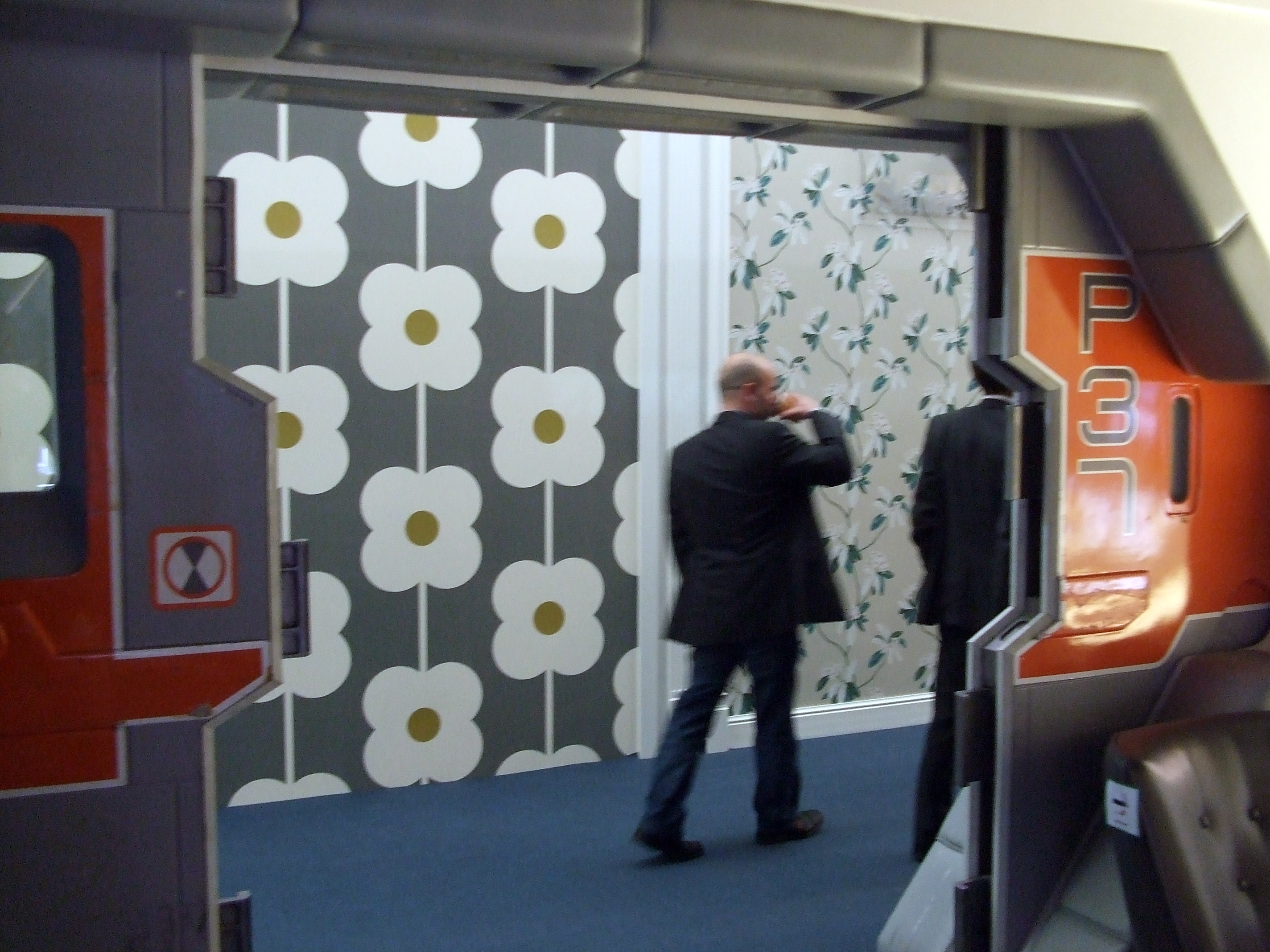 Before heading back to the COVER pitch, your scribe visited the stands of three of COVER’s friends. Deirdre Dyson , Tania Johnson, and Ateliers Pinton. More on our friends in upcoming blog posts. DJ