Too big to drop through the letterbox, your scribe’s cloven hoofed neighbour kindly delivered the package left in his custody by her postie. Inside was the new Fransje Killaars artist monograph published by 010 Publishers, Rotterdam. Killaar’s polychromatic textile, bedspreads and carpet installations are exhibited internationally, and installed in commercial, civic and domestic environments.

Although her self-described “alphabet” fabrics and carpets have a “found” quality, due largely to her idiosyncratic colours, juxtapositions and grid patterns, they are created under her direction at the Tasara Centre for Creative Weaving, Kerala, India. 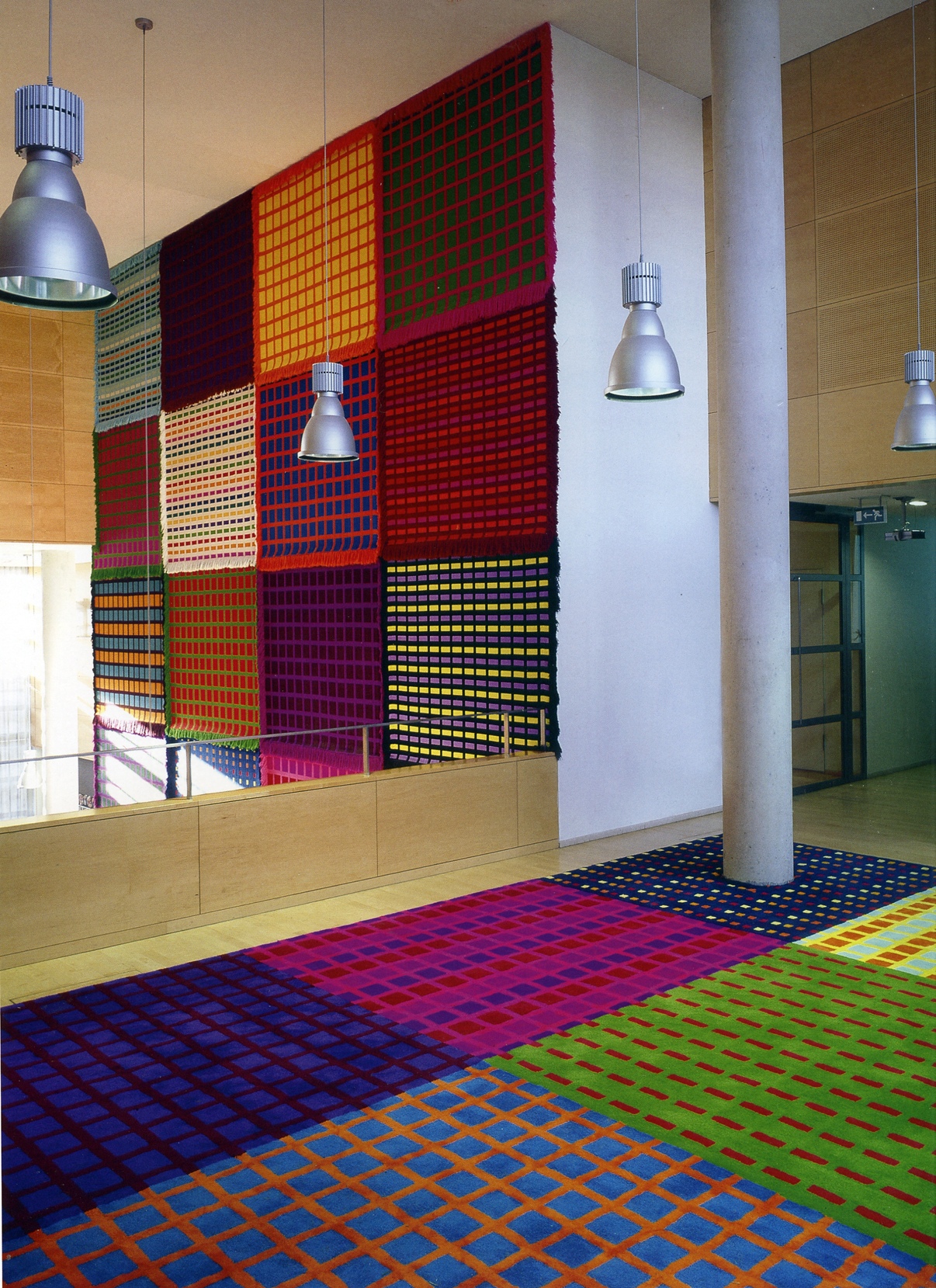 Dual language essays (Dutch, English) by Bianca Stigter and Sven Lütticken frame Killaars work. Killaars was a studio assistant to Sol LeWitt, a founder of conceptual art, for more than a decade. Stigter describes Killaars as having “escaped the prison of painting”, but although the text understandably minimises discussion of LeWitt, echoes of Killaars apprenticeship with him are evident in her systemic style which combines what critic Sam Hunter described in his 1973 book American Art of the 20th Century when discussing LeWitt, as “severely reductive structural elements, usually geometric” and often in “serial runs or sets”. 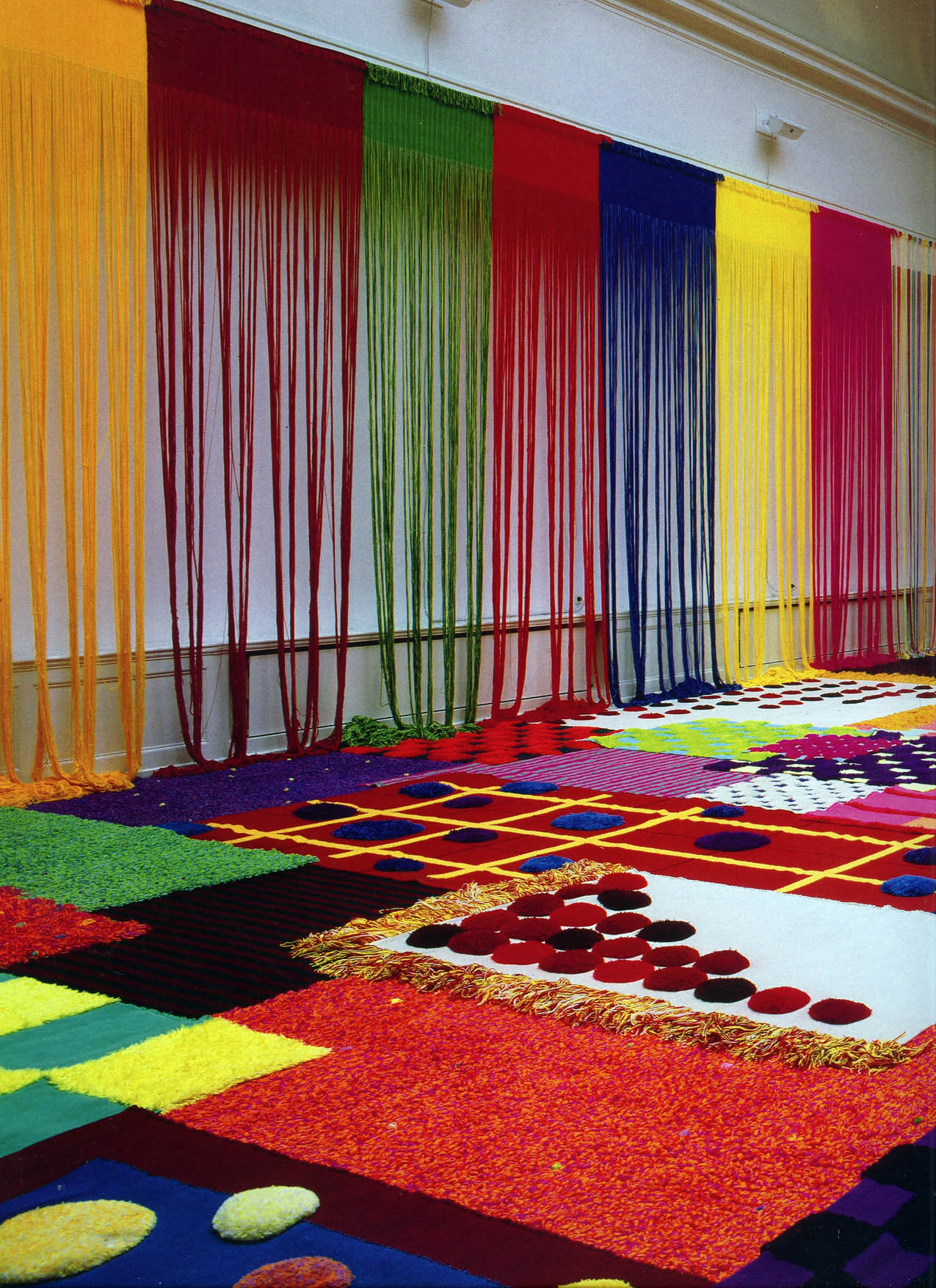 The book’s design and production values are noteworthy. Conceptualised by Killaars and Thonik Amsterdam and designed by the latter, the sweep of colour images, many full page bleeds, is not interrupted by titles, captions or page numbers, rather the book ends with a schema of the layout with curatorial information beneath. The book is a delight to hold, admire and read. DJ