“Victory in Europe” day was celebrated 8 May 1945 to mark the end of World War II. A flow of celebratory imagery appeared on ceramics, furnishing and dress fabrics, textiles and rugs. Mermaids and dolphins; putti and roses; swags and urns. Villas and houses were popular too. Colours were clear. But change is rarely singular. Designers hoarded ideas in anticipation of better days to come. New imagery queued up like votives on a wish tree or a hope chest awaiting a wedding. Lana MacKinnon was one of those designers. Classic Textiles, The Glasgow School of Art, have released eight of her joyous postwar designs (1945-1948) as part of their vintage textile retail collection. 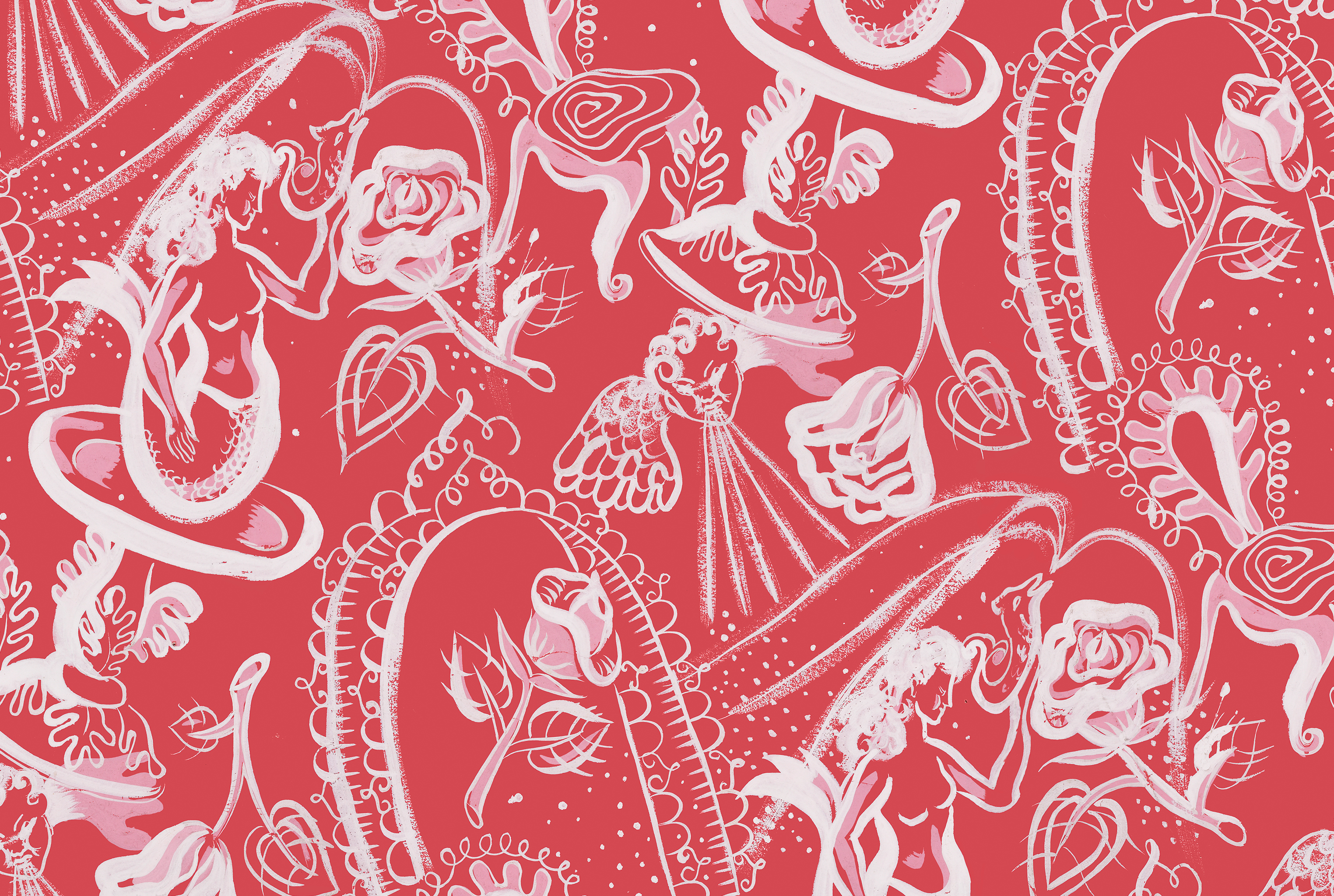 MacKinnon appears to have composed “Mermaids” in white gouache on a red ground. Doing so allows areas of lesser opacity to appear pink while creating speckles of white at the edges of her lines which spark like fireworks spray. Roses read like an homage to the Sutherland Rose. Mermaids clasp dolphins whose water spouts are reminiscent of Bernini’s Fountain of the Moro. Her cherubs exhale mighty gusts to signal the winds of change, not unlike “wind heads” found on ancient maps. 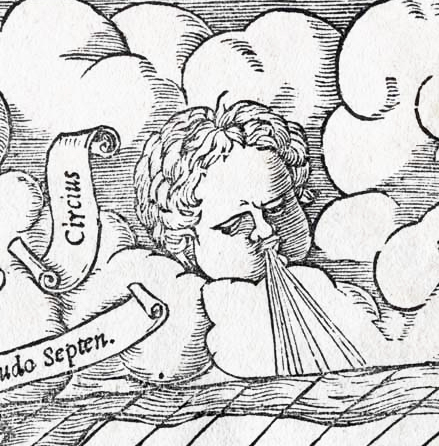 One of the twelve Classical winds in a map by Sebastian Munster, circa 1560

MacKinnon’s design “hope chest” may have been inspired too by Hollywood Regency style, itself an offshoot of Surrealism. Disregard blogs that describe Hollywood Regency as “glitz”. Done well by maître like Dorothy Draper, it was sophisticated elegance with fillips of fun. Scrolls and swags were popular and furniture terminals often curled like fiddlehead ferns. (More text after image break) 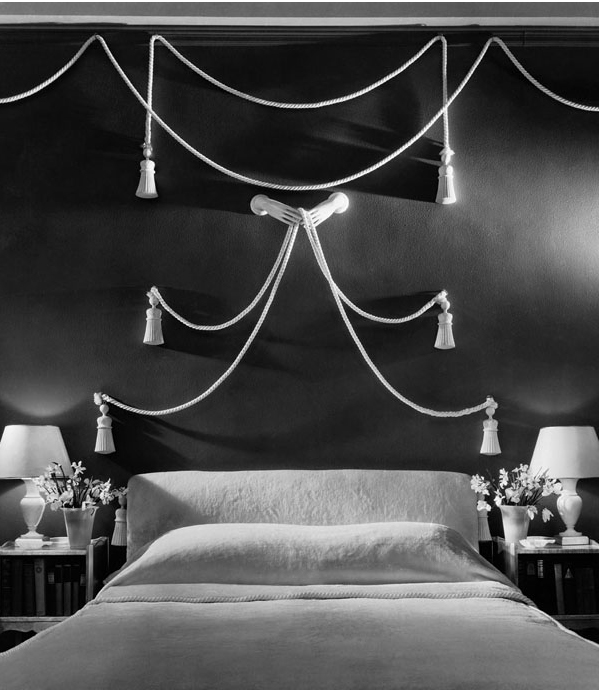 Compare MacKinnon’s chair to one by Dorothy Draper – note the similar exuberance. (Please remember to click through for larger sizes!) 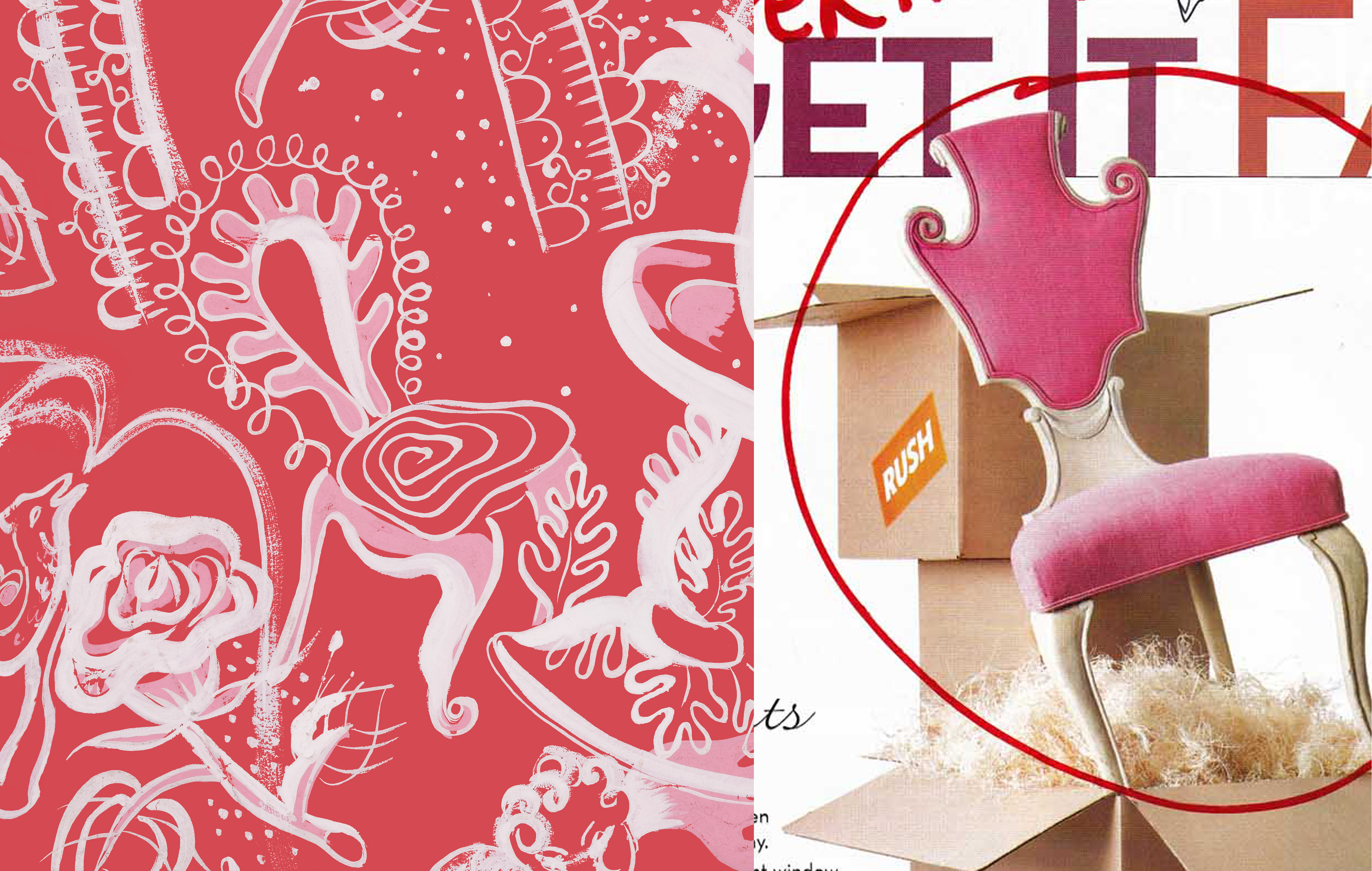 “Villas” by MacKinnon captures the longing for housing and homes felt by many in Britain after the war. 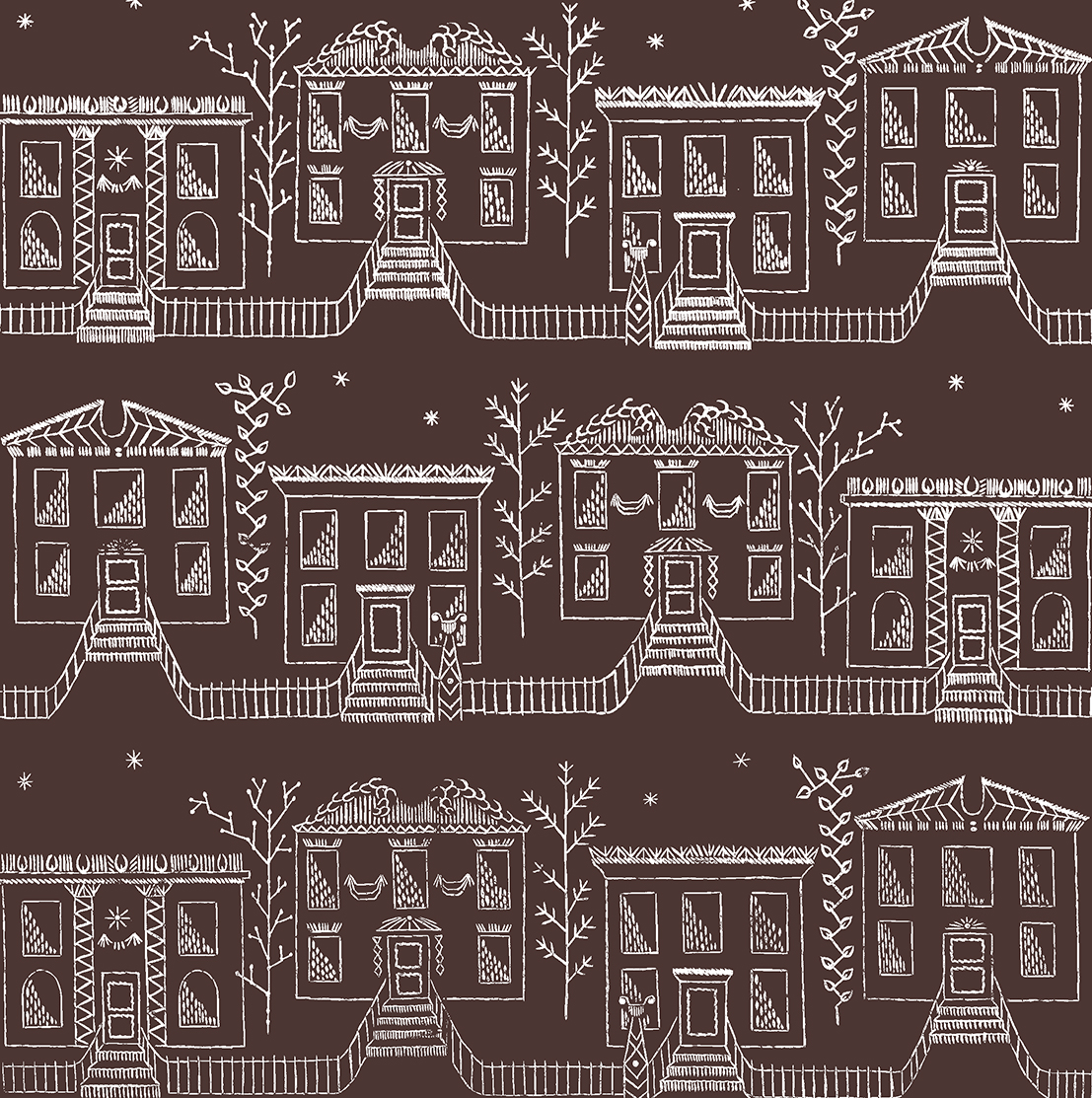 MacKinnon’s villas appear cozy, hopeful and happy. The dark sky is lit by pole stars to signpost the way home. Bunting-like swags decorate facades. Small classical urns sit on gateways and remind us that white ceramic urns were popular as “window vases” for several decades. The most famous of these were designed by Constance Spry. 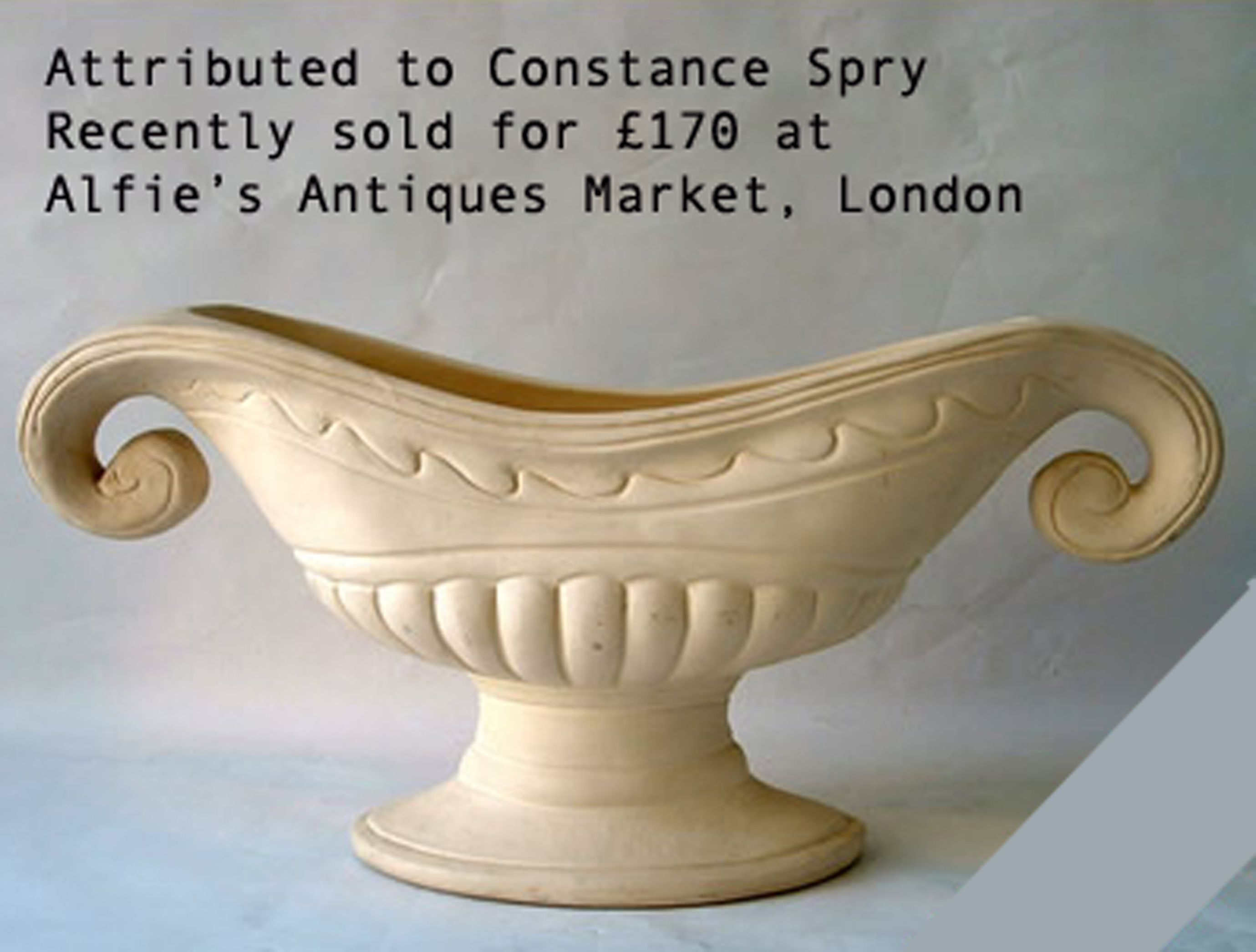 Your scribe’s recent blog about Wendy Bray designs re-issued as wallpaper by Warner Textile Archive is a must read for anyone interested in MacKinnon’s designs. Wendy Bray’s postwar textile “Housescape” will be released January 2013 renamed “Jubilee Square” (wallpaper and furnishing fabric) by Zoffany/Sanderson. Reworking the design some sixty years after the original allowed Bray to add in the Victorian rectory she lived in for 33 years as well as her childhood doll’s house. Similar in age to Lana MacKinnon, Bray’s first person account of the postwar climate gives precious insight into how she and probably MacKinnon too, responded as designers to the great upheaval of war.

MacKinnon and Bray were (and are) remarkable women and remarkable designers. Don’t miss the opportunity to buy their home furnishing designs, as they are joyous signals that bounty inevitably follows austerity, and this is a message we in Britain and across the globe need to remember. DJ