Apartment Therapy asked their readers the interior design $64,000 Question (inflation adjusted maybe half a million): What do you think is the next big thing? While your scribe hankers for Edgaroso’s “trilobites and burlap”, more realistically your scribe has selected Netta as the winning prognosticator. She called it for Art Deco inspired interior design. Others did too, but Netta was the only one who divined a mix of 1920s series 3 of Downton Abbey, and the forthcoming Baz Lurhmann film The Great Gatsby. Underscoring this trend prediction is Designer Rugs‘ new Catherine Martin Deco Collection which feature in Lurhmann’s film. 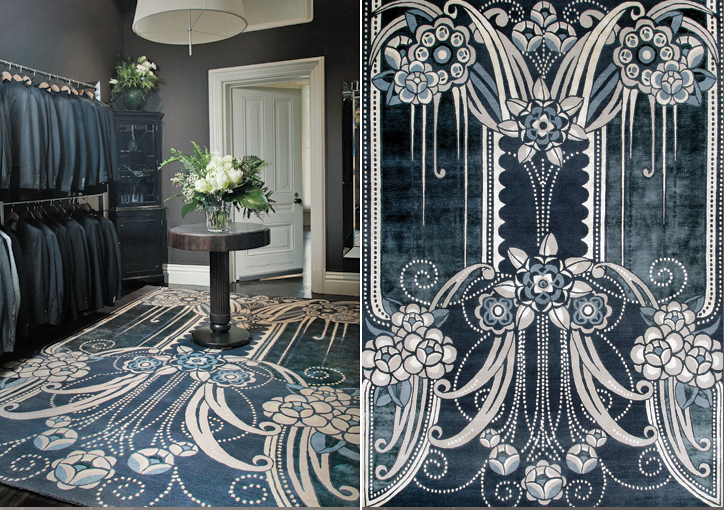 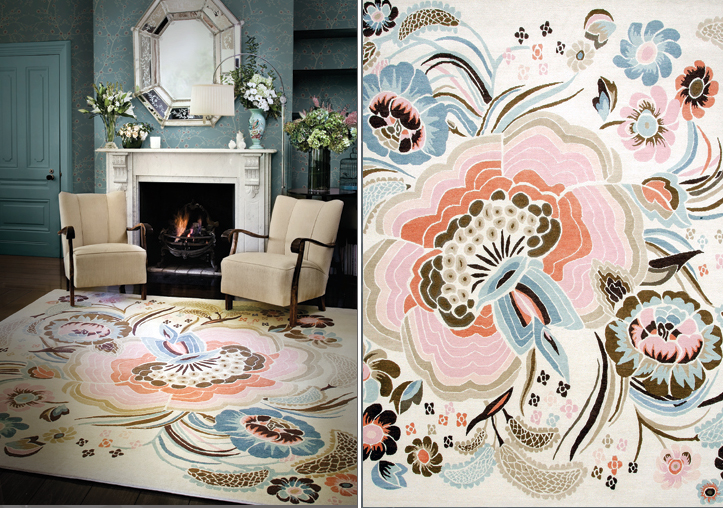 Westchester (below) is in the scenes of Gatsby’s bedroom (played by Leonardo diCaprio), and was bought for the actor as a birthday present. 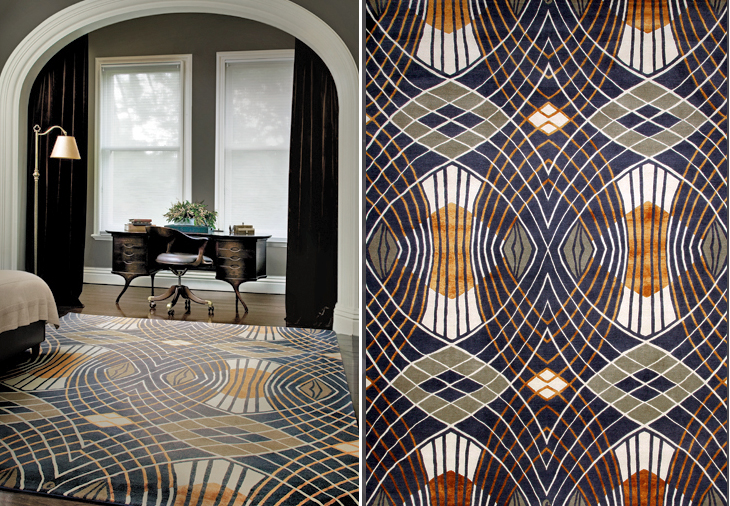 But a word of warning to exuberant Gatsby and Daisy wannabes (or Downton Abbey fans who fancy they have a fleet of servants waiting in the wings) who may be tempted to reckless acts with Martin’s exquisite rug collection. As The Great Gatsby races to its tragic dénouement, the gang attempts to flee New York’s insufferable heat by checking into The Plaza Hotel. Daisy reveals the truth of her love, and as she fumbles with her words she flings her cigarette and burning match onto the hotel carpet. “Oh, you want too much!” she cries to Gatsby. But all your scribe can think is “what about the carpet!” DJ