Like the buses your scribe waits impatiently and then two dead kings come along at once. Archeologists confirmed last week the skeleton found in a hasty grave beneath a Leicester car park is that of Richard III. And this week? Stitchers in the Channel Island of Alderney completed their embroidered rendition of the “missing” terminus to the Bayeux Tapestry – the 11th century 70m long embroidery that reflects the victor’s view of events leading to the Battle of Hastings and the death of King Harold II. 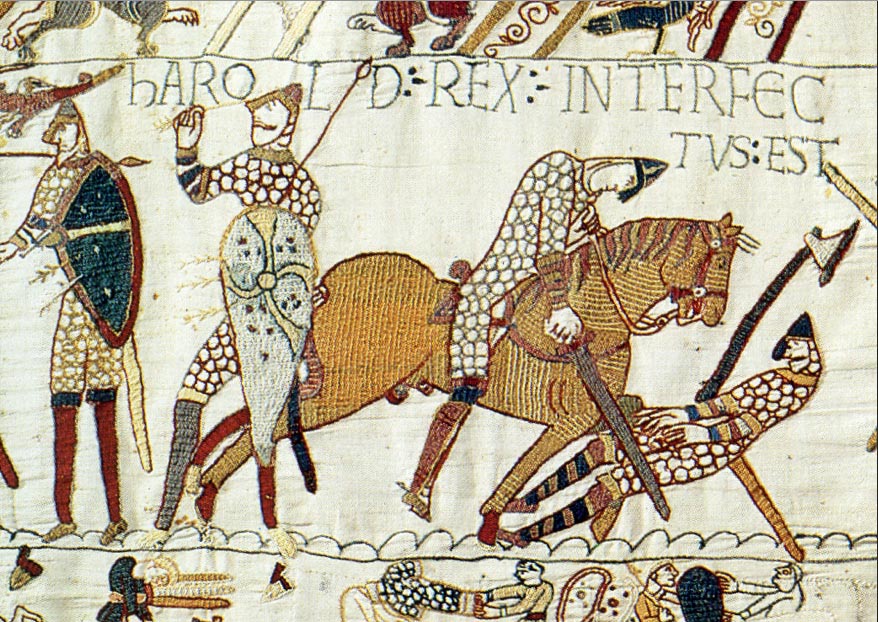 There are parallels between Kings Harold II and Richard III. Each was considered a usurper. Harold was accused of taking the English throne from William, and Richard became King under a cloud when his royal nephews (who were ahead of Richard in the coronation queue) disappeared. Each King was killed in battle. Dead or dying, each received humiliation blows. Four knights “hewed”, “smote” and “pierced” Harold’s body until it was “despoiled of all signs of status”. The “limb” hacked from his body may have been his manhood. Richard III was bludgeoned while mortally wounded and got a sword thrust up the jacksie. 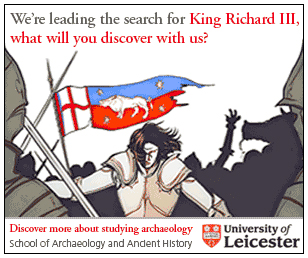 University of Leicester find the remains of Richard III

But humiliations for both Kings continued post-mortem. Contemporary propagandists (and Shakespeare a century later) recorded Richard as a misshapen murderer. And poor King Harold lives on as a propaganda pawn in the wool and linen Bayeux Tapestry commissioned by William the Conqueror’s half brother. Harold’s coronation became a buried lede in the middle of the tapestry, stripped of importance.

Theorists have long suggested the Bayeux Tapestry is incomplete. The Tapestry begins with the crowning of Edward the Confessor, and many suggest it was meant to end with the coronation of William on Christmas Day 1066. Were the panels lost? Destroyed? Or perhaps suggests your scribe, the 11th century English stitchers, tired after ten years of toil and taking umbrage at the final scenes of the foreign William crowned as King, downed tools? Perhaps. All that seems clear to your scribe is that now, with the embroidered panel of the Coronation of William complete, we’ve well and truly put the boot in Harold. DJ