Meteors, Martians, and Asteroid DA14 (plus a nice rug by Vladimir Kagan)

Close only counts in horseshoes and hand grenades. Your scribe’s favourite idiomatic expression can be augmented with “. . . and meteors”, following today’s meteor crash in Russia which blew the roof off a factory and shattered countless windows. Video footage looks like outtakes from Mars Attacks!, but there’s more tonight when Asteroid DA14 becomes a NEO (not an EO which is what the meteor turned into).

At 1930 GMT your scribe will crouch in wintry blackberry bramble on the flat roof of the Victorian garage behind her garden. A flask of the warm stuff in one hand and high powered binoculars in the other, she will pick bramble thorns off her cat cohorts until 2100 hrs when Asteroid DA14 hoves into the European sky. Loyal readers might like to see your scribe’s interpretation of the size of the asteroid, using COVER magazine’s Forza Tapetti: The Rug Revolution logo for Milan Design Week 2013 as a stand-in for the asteroid (click to view larger): 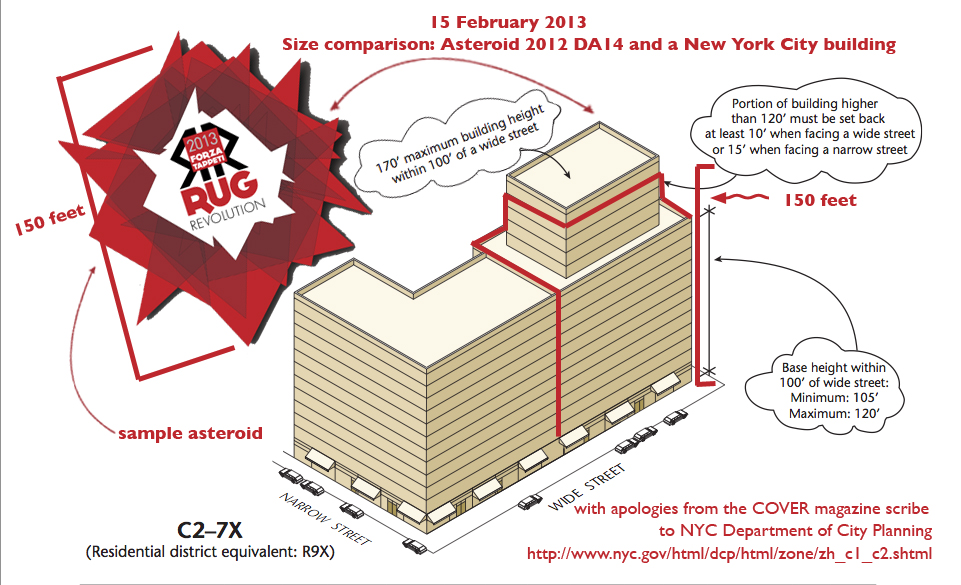 Assuming a near miss means there’s time to shop for a rug to commemorate these remarkable events, your scribe suggests a rug by inimitable design world star and raconteur Vladimir Kagan, whose famous designs include his 1975 Serpentine Sofa. Kagan’s Meteor of Shower handtufted 100% New Zealand wool carpet is right on the money. Eerily it seems to have massive meteor fallout landing on what appears to be Russia. So it’s tin hats at the ready dear readers and happy weekend. DJ 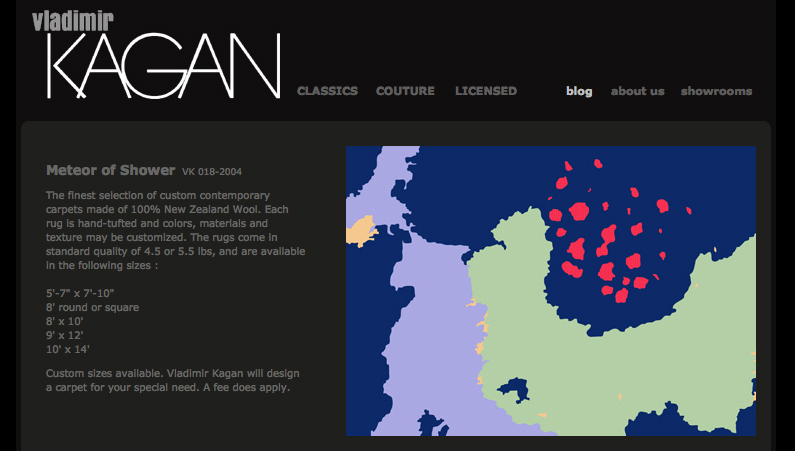