Yesterday’s highway led to the press preview for the V&A exhibition Treasures of the Royal Courts: Tudors, Stuarts and the Russian Tsars, but hours later the byway landed your scribe in Goa. Googling for information on English traders, your scribe chanced across a print from Jan Huygen van Linschoten’s Itinerario (1596) detailing his stay (1583-1588) in the Portuguese colony of Goa on the Indian subcontinent. The print is full of action, but it’s the row of houses in the background that holds a nugget of information for textile buffs and fans of line drying.

The upper windows of each house have what appear to be shallow balconies. But are they balconies or rather clever drying racks? Rugs or textiles hang from the floors of three balconies at the left of the print (click to enlarge images). The image suggests that rather than solid slabs, the floors were an open series of horizontal poles creating the architectural version of modern airing/drying racks. A rather elegant and tidy solution to the pell-mell of clotheslines. DJ (see addendum below) 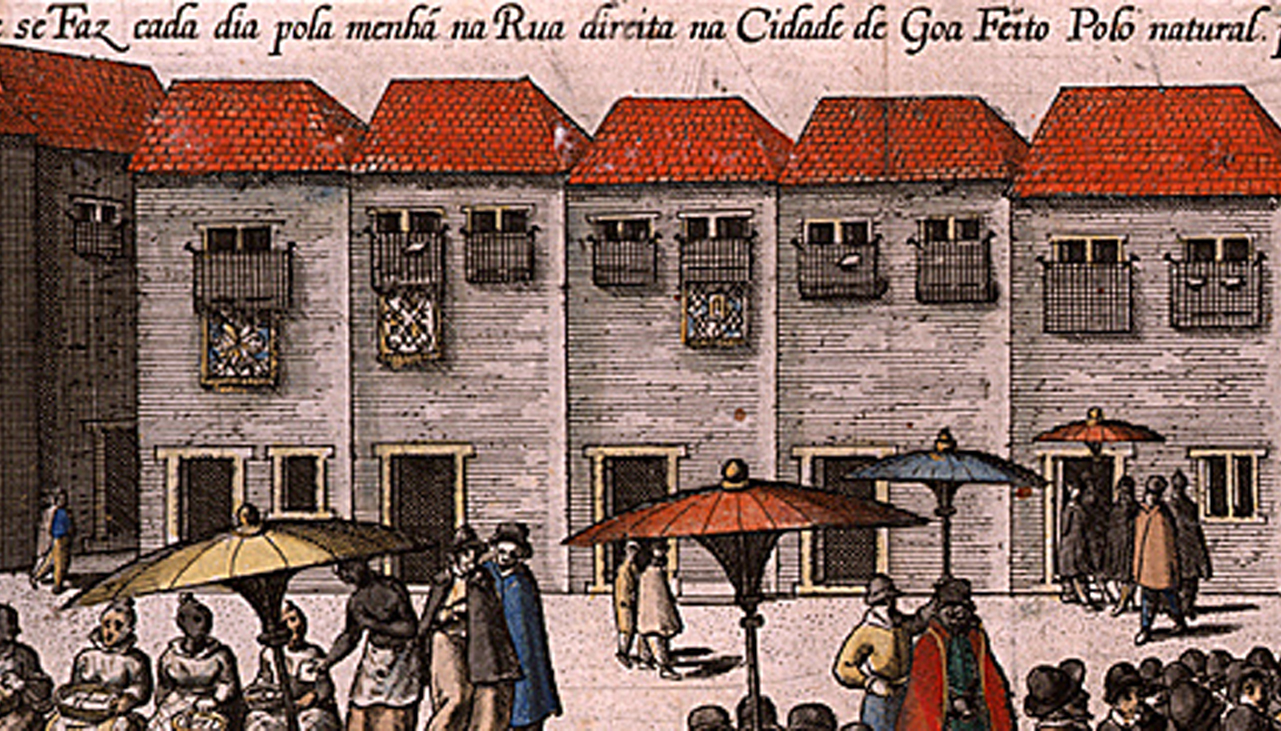 Your scribe welcomes input and a devoted reader (*mum*) offers her view on the laundry rack theory. She suggests

“if these were primarily laundry drying racks then I would expect to see articles of clothing such as we saw in Spain on clotheslines strung between buildings. But no. What I see in Goa are bed quilts put out for airing in the manner of the Japanese, which custom is adhered to even today in Japan, I believe.”

Your scribe agrees. Goa residents – especially those facing a major public square – would not hang wet clothing at the front of the property for aesthetic, propriety, and practical (dripping water) reasons. So yes, learned mum is correct. These are airing racks for decorative bedding or rugs but not laundry racks. DJ