First day of Spring 2013 is achieved, and now it’s almost time for sum, sum, summertime. Blazing glory is three months distant for northern climes, and yes London’s sufferance of summer gloom will likely continue, but nevertheless your scribe is thinking summer madras and madness. Fans of the American television series Mad Men will remember the eye popping splendour of Pete Campbell’s madras plaid suit. Too bold? Too bright? Too retro for now? Wrong. Madras has been a perennial US summer favourite since the Jazz Age (did fictional Jay Gatsby own Madras shorts? Likely), and its legacy is sterling. (Cont) 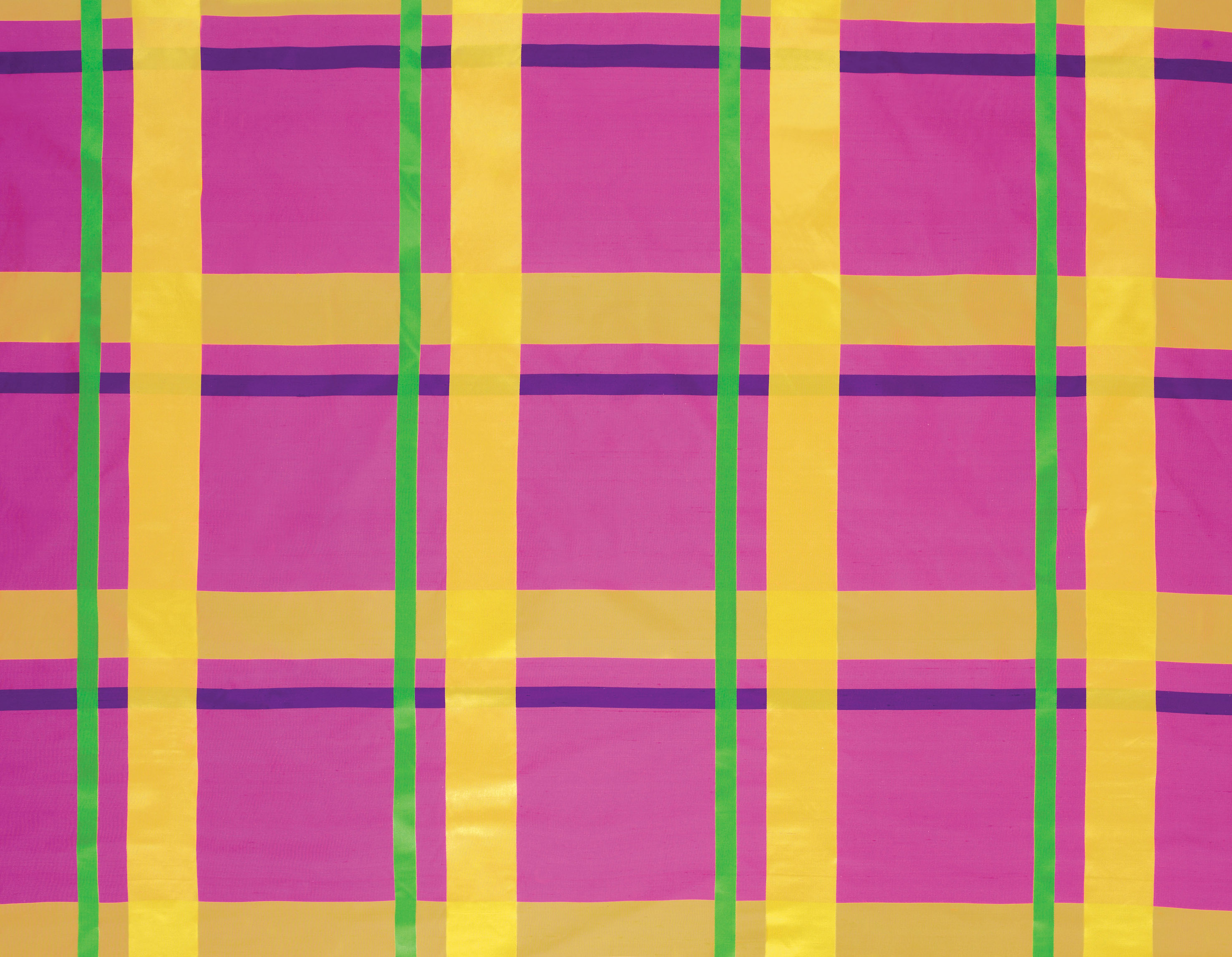 When Cole Porter sang “only mad dogs and Englishmen go out in the midday sun” he meant folk like Elihu Yale, i.e. denizens of the Northern Hemisphere who become intoxicated by the Southern Hemisphere’s hot sun on tap. Said to be the first Yank to wear madras, Yale spent 27 years as Governor of the East India Company at Madras (now known as Chennai), India. Local fascination with Scottish tartans is said to be the source for Madras plaid designs. Maybe Yale’s Madras office was decorated with a forerunner print similar to the portrait of Bonnie Prince Charlie in a tartan suit which by comparison makes Campbell’s Mad Men madras look rather conservative. (Cont) 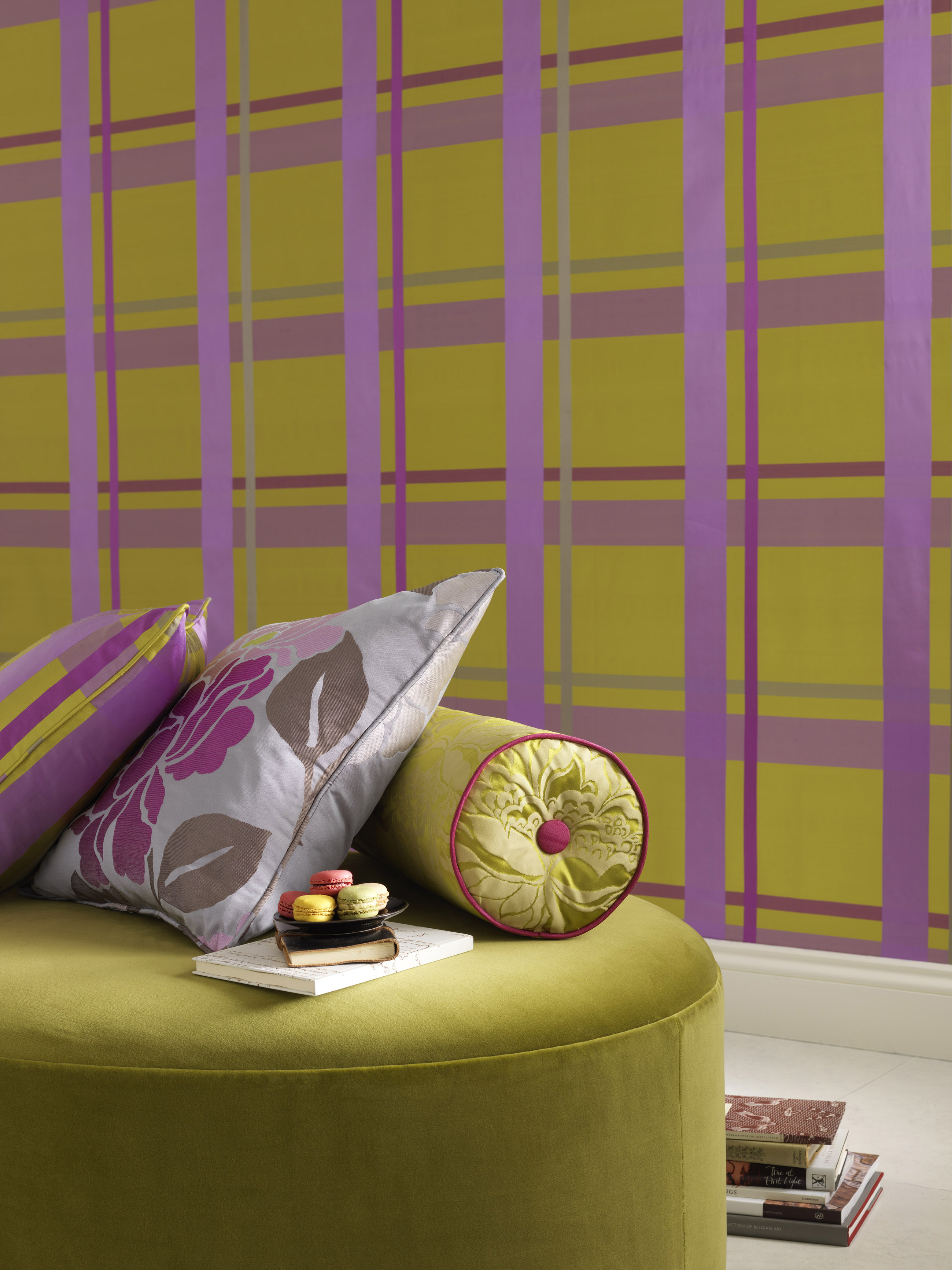 Your scribe longs for barbecues with dads in chef hats and madras board shorts manning the poolside grill, but in lieu of that and in expectation of a damp squib London summer, your scribe suggests SAD sufferers, Mad Men fans and Madras aficionados buy Osborne & Little’s Trapani from the Lorca Silk Road Collection. A riff rather than a replica of traditional Madras plaid, Trapani’s colourways include pink and Indian sunshine yellow which will lift spirits in any hemisphere. Whatever the source, Madras has stayed the course through preppy Ivy League alignment, to parody in National Lampoon’s Animal House, to Andy Spade’s recent reinvention of the classic. And so too Osborne & Little’s Trapani is the bright note sun lovers can count on for Summer 2013. DJ 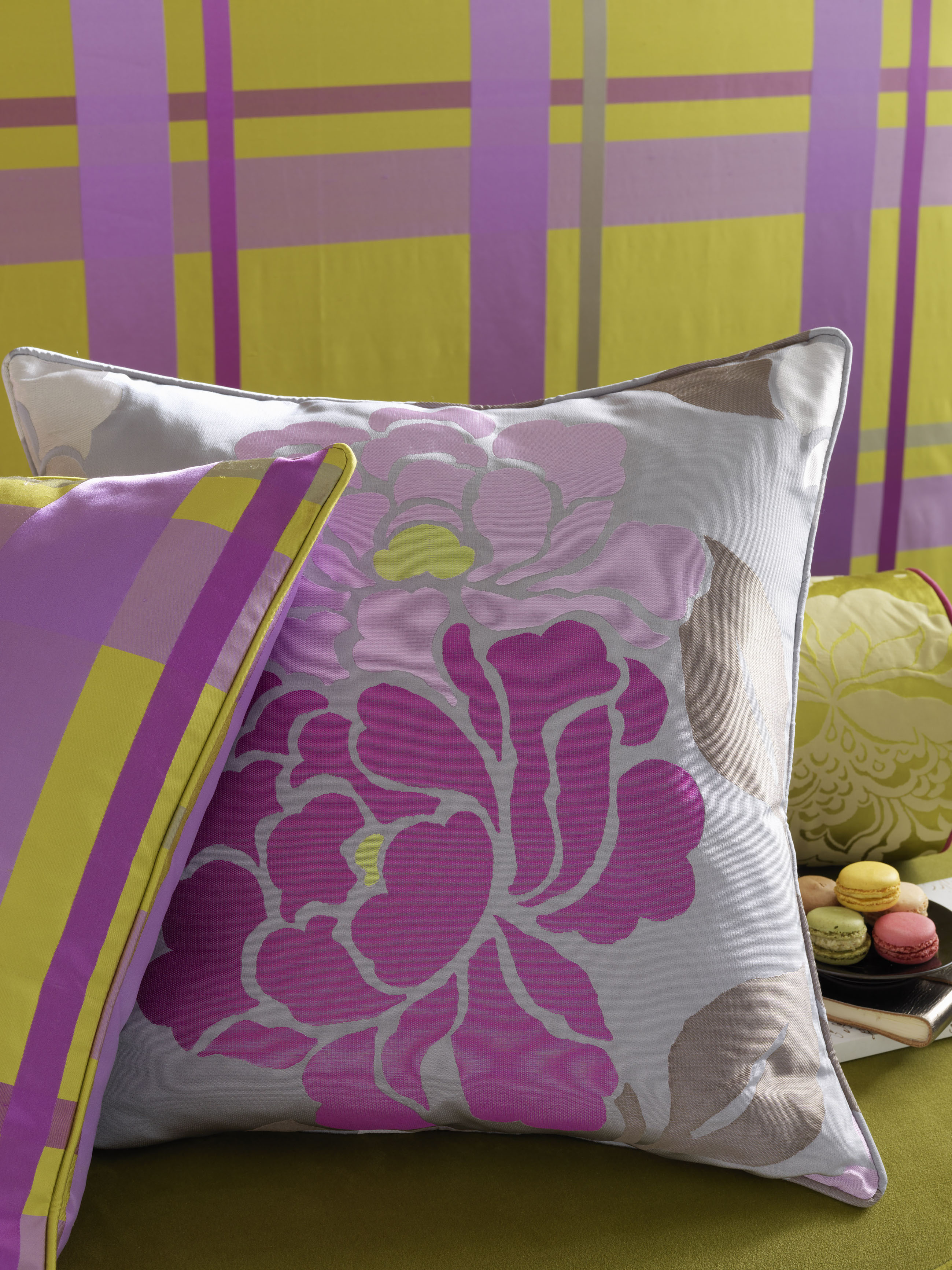