In advance of COVER’s exclusive interview later this year with Daniel Harris, Founder of the London Cloth Company, where we will reveal the weaver’s collaboration on a line of tweed upholstery fabrics, we highlight one of Harris’s line of suit-weight tweeds (below) – the “Laundry Bag”. (continued) 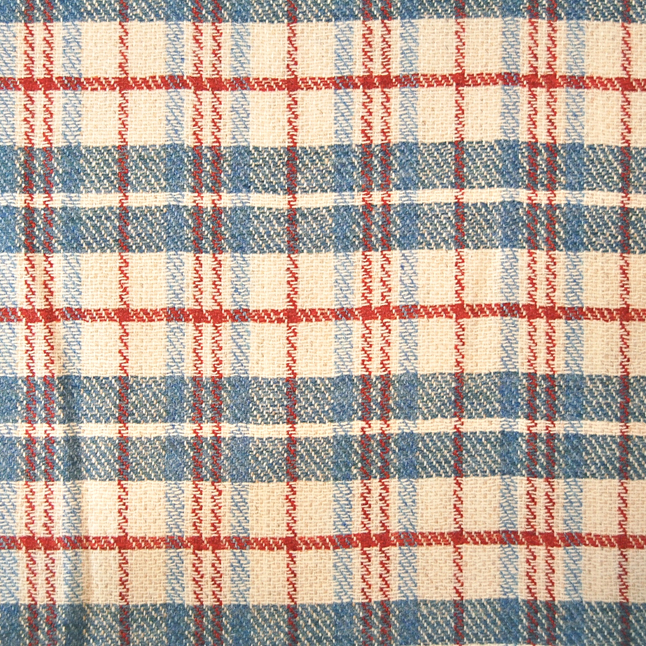 British readers with a keen eye for the top selling goods at “Pound Shops” on the UK’s High Streets, will recognise the red, white and blue tartan design as the same pattern found on the ubiquitous cheap, square, plastic, zip top handle bags used for “laundry” and one of the ultimate last resorts (just a notch above bagsying cardboard boxes from supermarkets) for packing up student digs. Our French fans across the Channel will know the bag as the “Tati” named after the cheap and cheerful chain store. (continued) 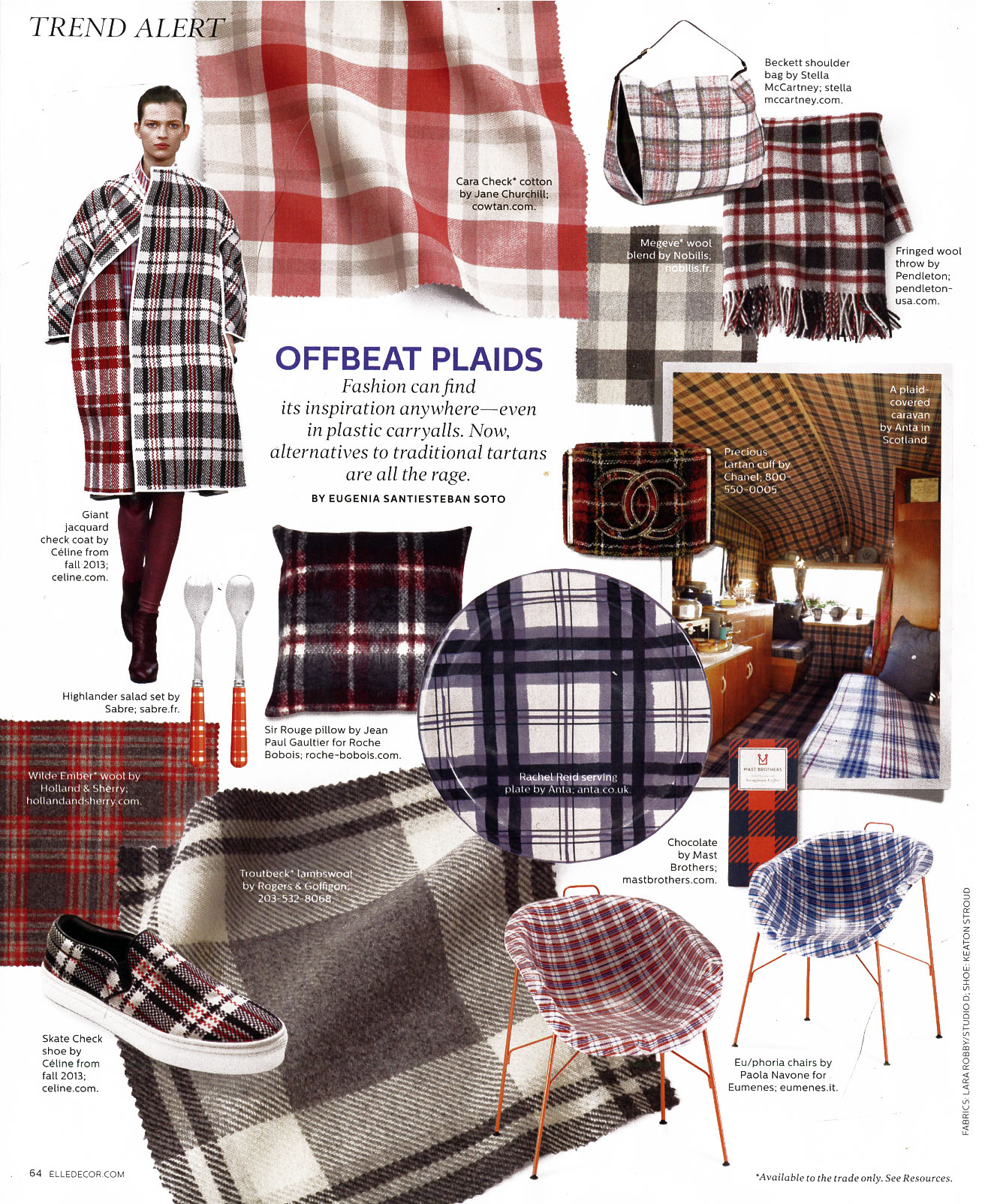 With admirable understatement, Harris’s website cites the design as one “not normally associated with tweed.” Indeed. But Harris’s wry, tongue-in-cheek reference is part of a zeitgeist. Vogue (US), November 2013 and ELLE DÉCOR (UK), December 2013 highlighted the trend, each citing Phoebe Philo’s “laundry bag” designs for haute couture fashion brand Céline. Does the trend have legs? Did our own local lad Daniel Harris start the trend (seeing as his Laundry Bag tweed is from his 2011 collection)? We don’t know, but who dares wins, and for now at least, winners wear laundry bags. END 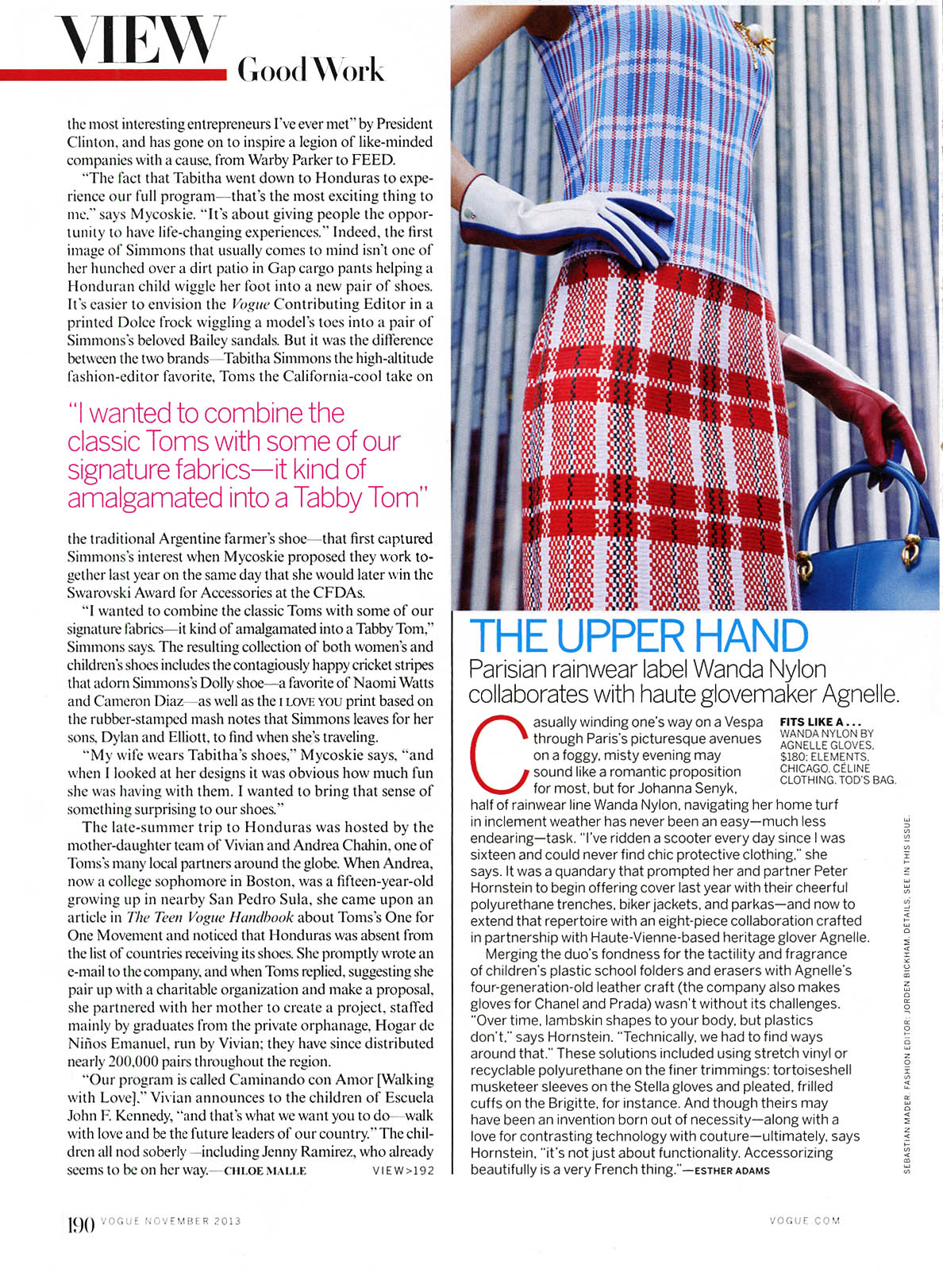