Tomorrow will be your last chance to see Anthropocene by Dublin-based artist, David Thomas Smith.

The exhibition examines global landscapes that have been transformed by the actions and activities of mankind, created using a unique and innovative technique. Composited from thousands of thumb nails screen-captured from Google Maps aerial views, each image is reconstructed using Photoshop to produce meticulously detailed images. 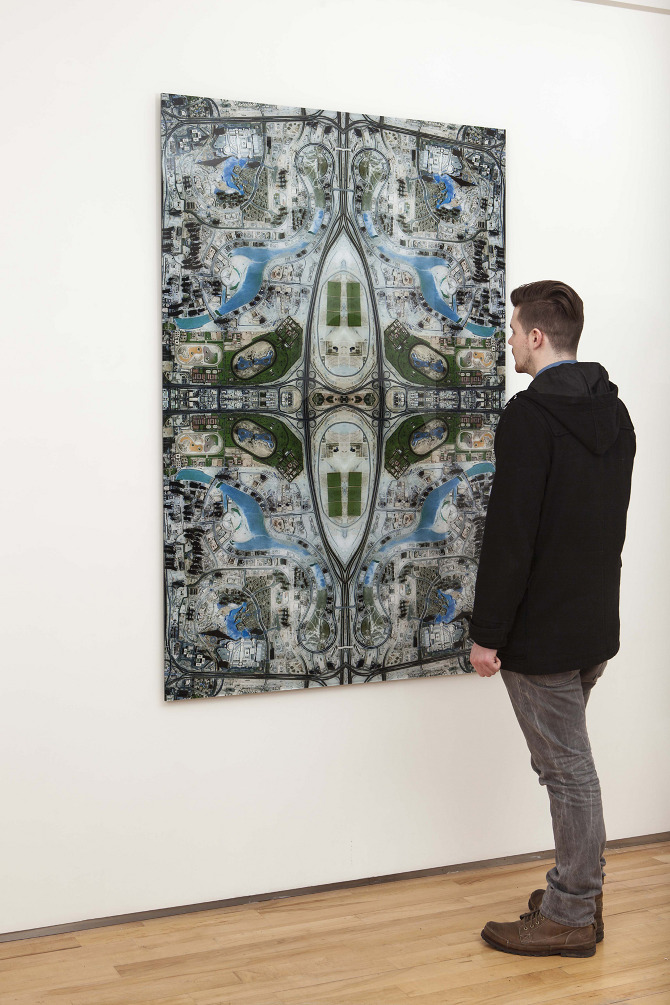 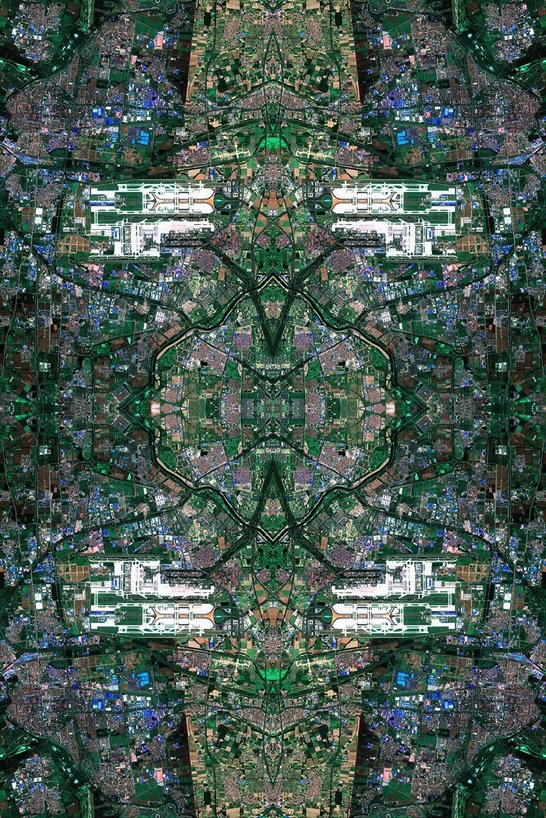 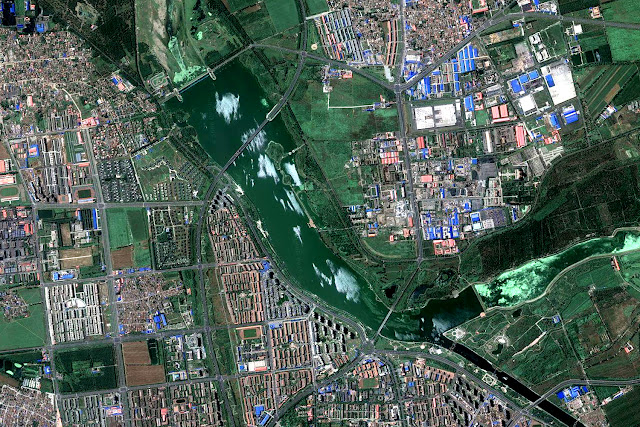 The images created use complex structures of aerial landscapes from sites associated with global capitalism such as oil, precious metals and consumer culture. Separately, the plethora of coded pieces of information are somewhat meaningless, but are then sewn together like knots in a rug to reveal a grander spectacle. 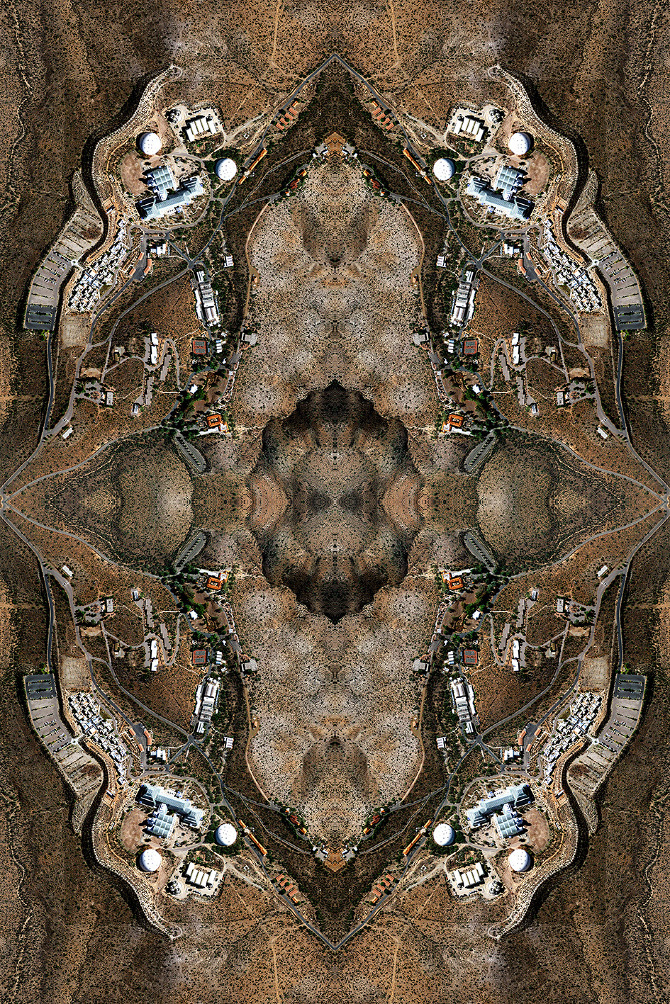 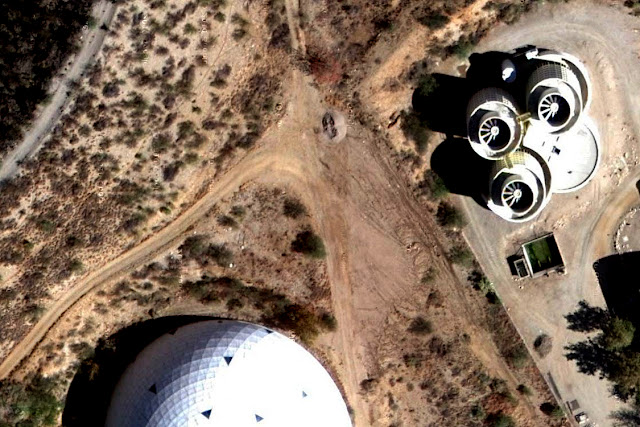 “The work draws upon the traditional Afghan use of the rug to document the world around them,” says Smith. Photographic and economic realities are questioned through the use of formal patterns that originated as motifs from Persian rug makers. Recurring themes appear to contrast the global order of things, such as the collision between old and new traditions, fact and fiction & surveillance and invisibility. 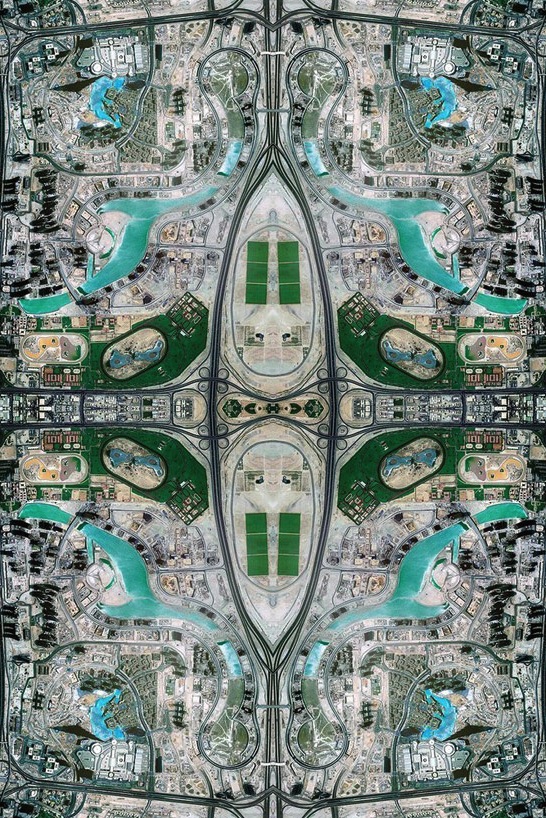 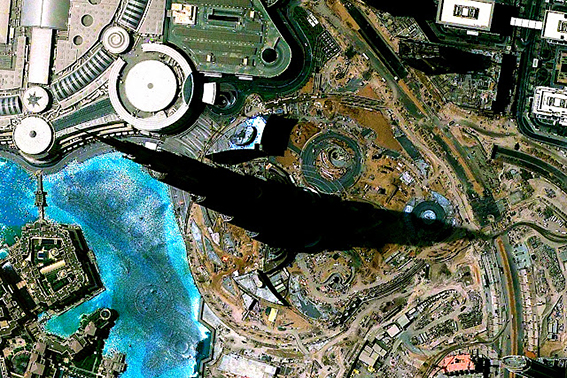 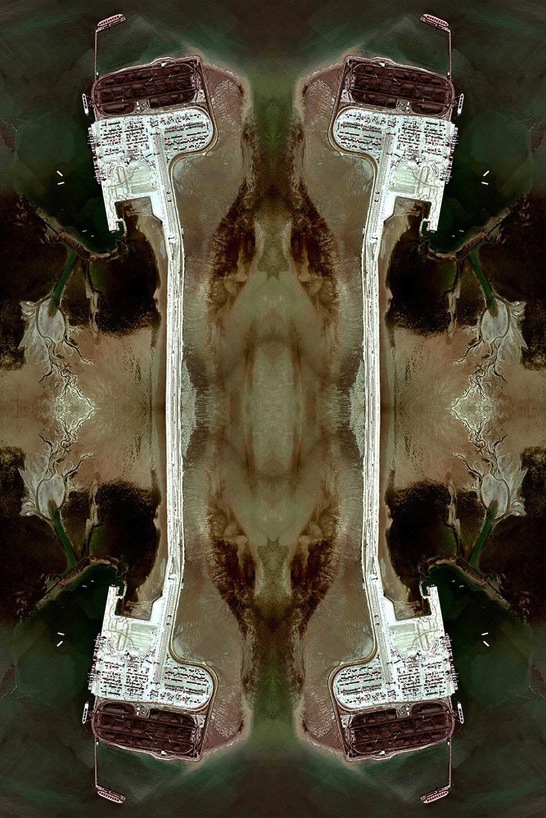 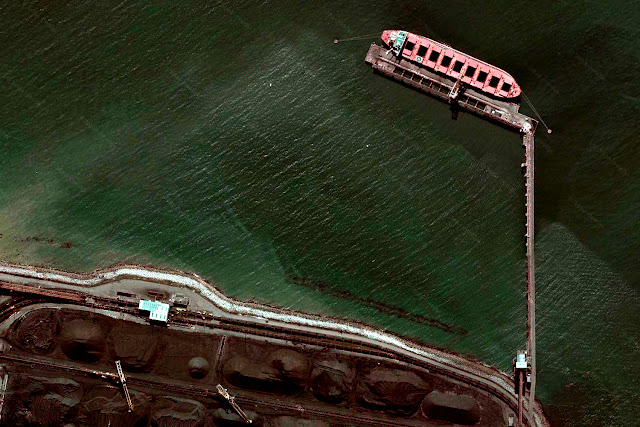 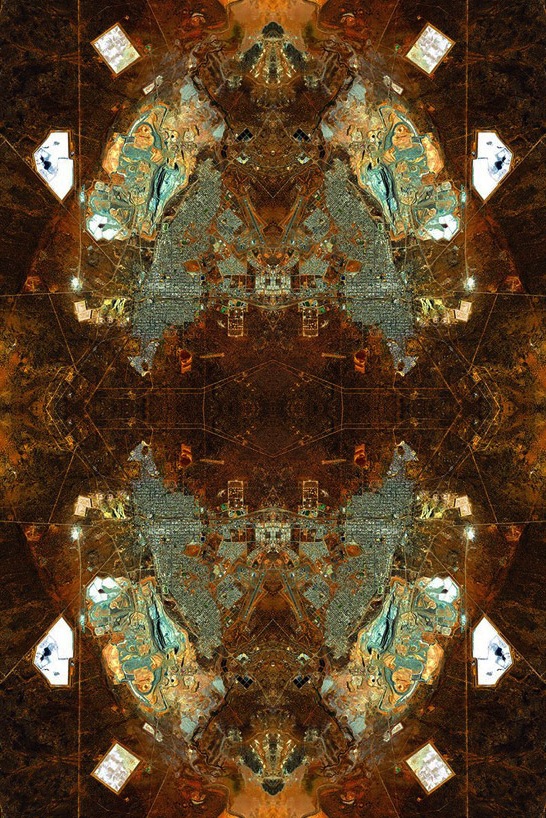 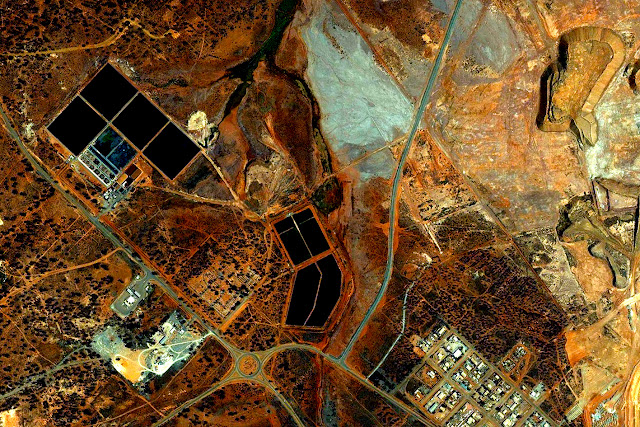 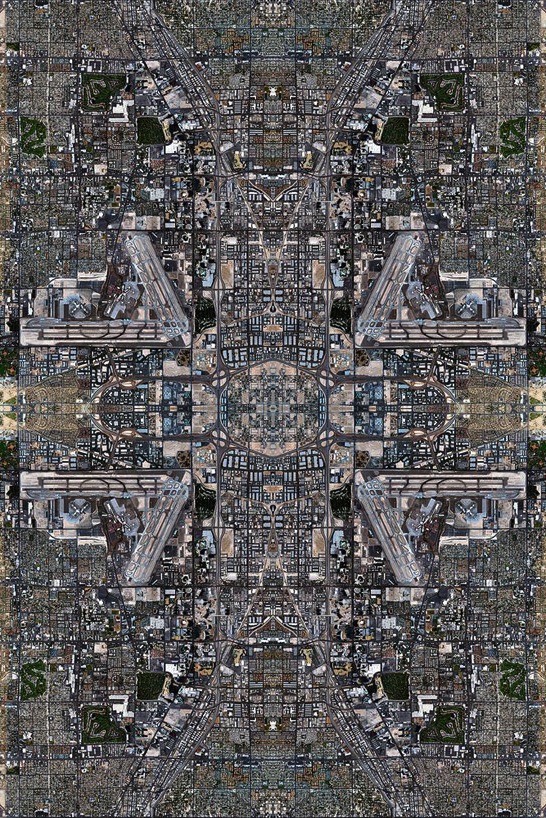 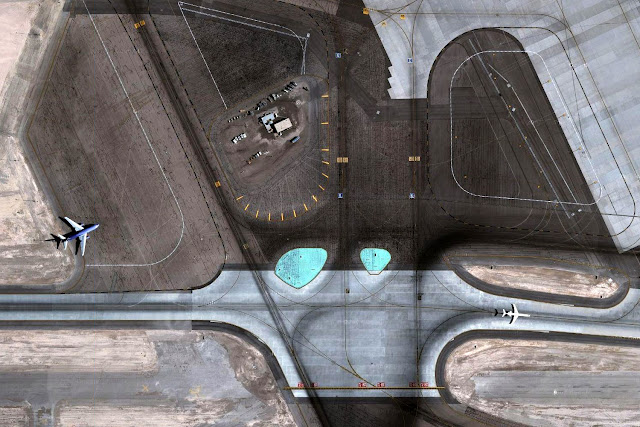 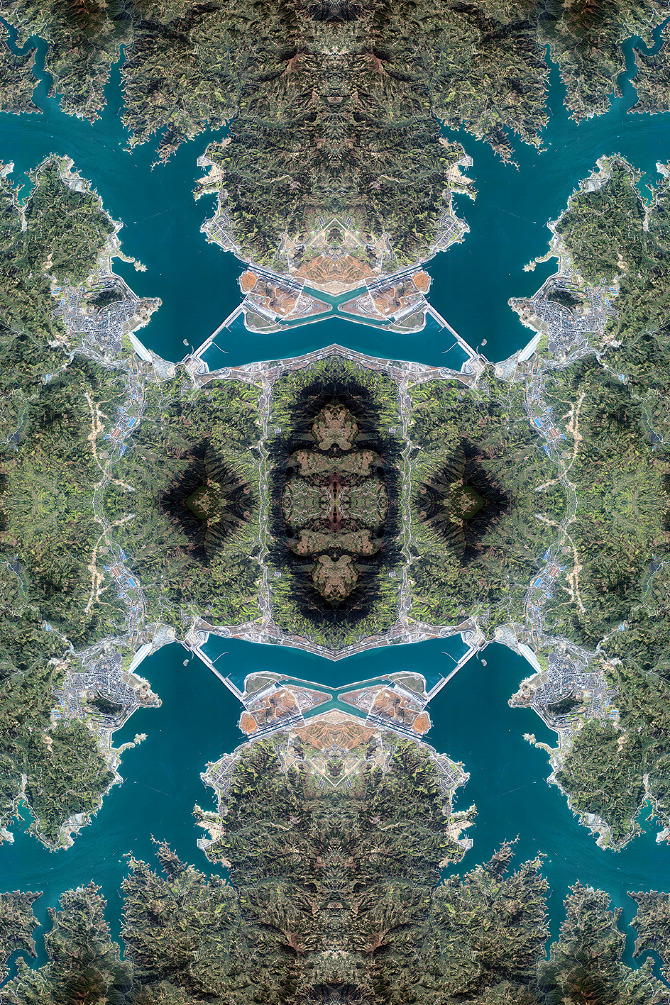 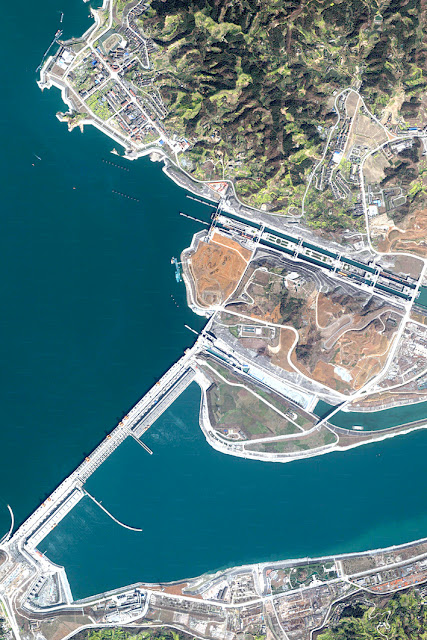