Existing divides between traditionally separate areas of study are currently being broken down by a wealth of collaborative projects in science and the arts, that see specialists from diverse backgrounds sharing knowledge to break new ground.

This trend extends to the design world too, resulting in exciting new collections and developments in carpets and textiles from multi-disciplinary design studios who have ventured into experimenting with fibre as a material. Here follows five examples of such projects that have featured in COVER this year. 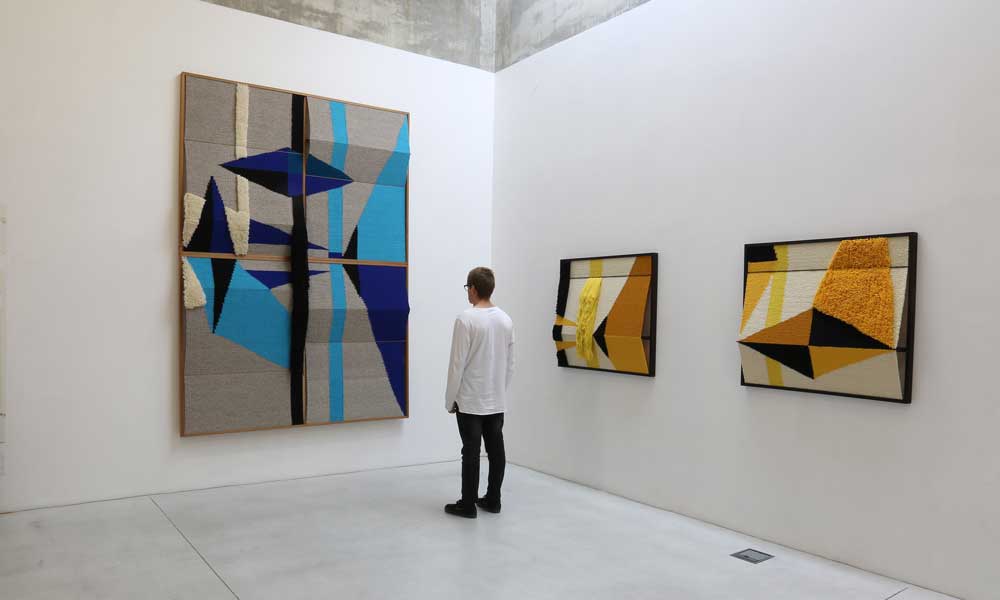 Caixal, a three-dimensional weaving project is the main field of research undertaken by Formabesta. Juan Cidrás, Salvador Cidrás and Vivente Blanco’s practice is based in Galicia in the northwest of Spain. All three designers are from the region and have a background in fine art and carpentry. Fine Merino wool flatweaves with minimal architectural designs were presented on hardwood frames in the group show ‘Hues of Forms’, an Insólito Conjunto exhibition at Ventura Lambrate, Milan in April. 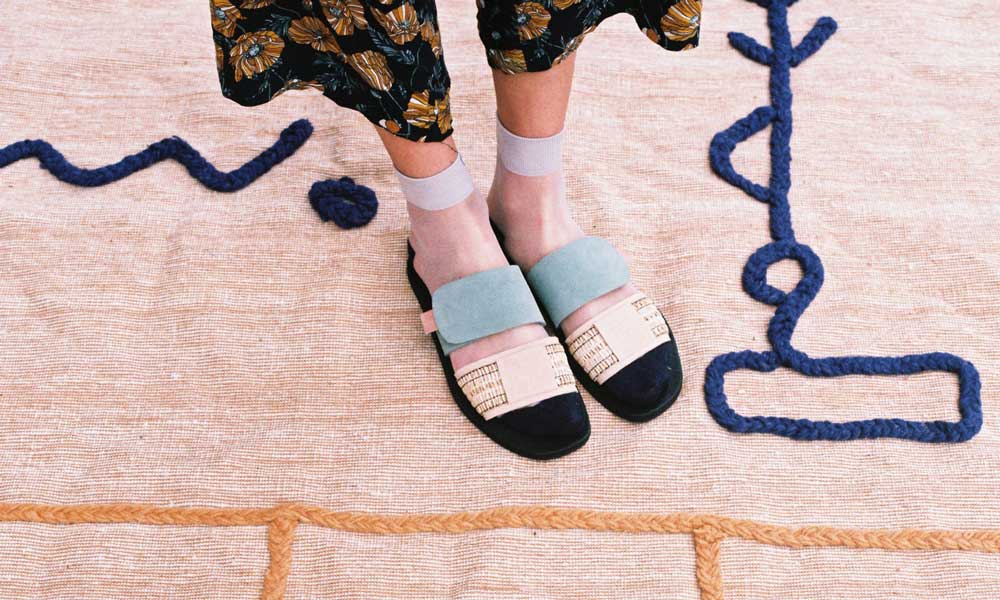 Belgian fashion designer Laurence Leenaert founded her Marrakesh-based brand LRNCE in 2013. The company makes sandals and bags but there is also a real focus on home textiles, which came about when Leenaert discovered a small studio hidden in the medina run by three brothers who make blankets, scarves and ‘everything with wool and cotton’. For her blanket designs she decided to try out new techniques and material combinations with the craftsmen, whom she describes as ‘so passionate and so talented’. These blankets are then hand-embroidered by local women in the medina. 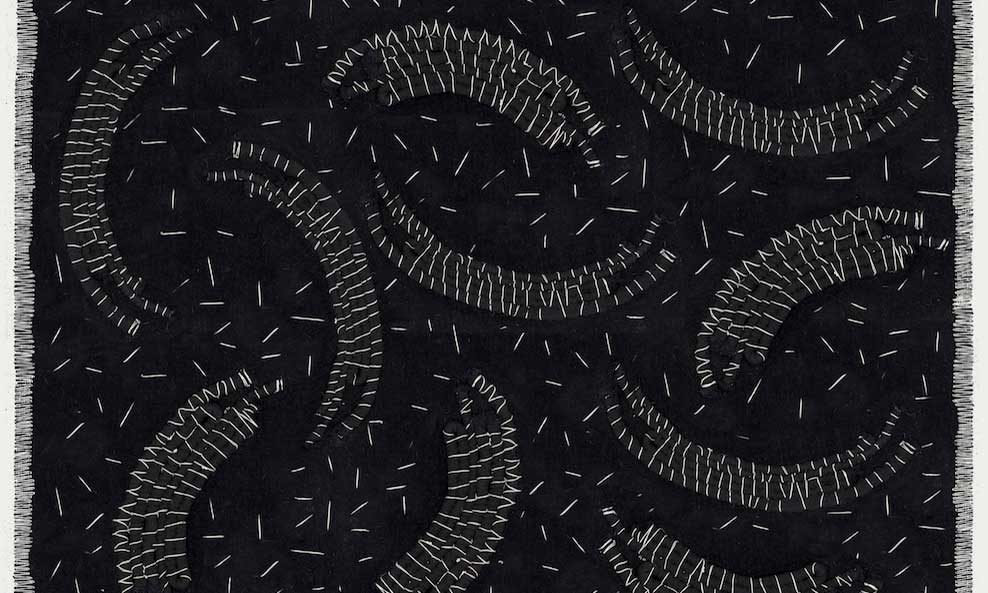 Faye Toogood’s Inventory project for Milan rug-brand cc-tapis came about as cc’s Daniele Lora is a huge fan of her work and became intrigued by the idea of a collection of rugs with her signature style that focuses on materiality and experimentation. At the start to the collaboration, Toogood delved into her extensive archive to research materials, patterns and haberdashery in order to come up with ideas for ten new carpets. 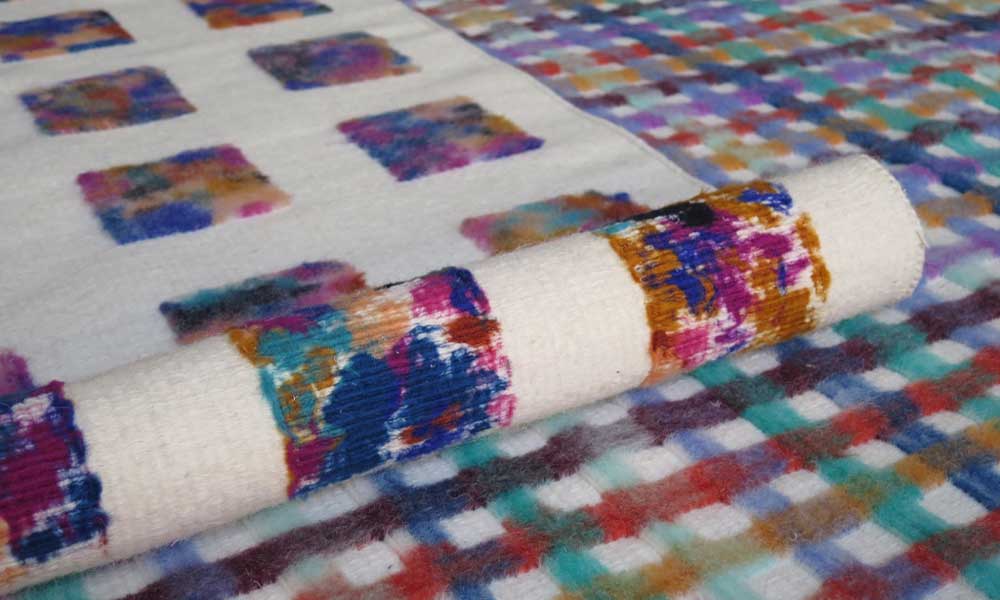 At the 2016 Design Undefined event in Clerkenwell,inventor/designer Adam Blencowe launched his Motley Rug Collection made in collaboration with French graphic designer, Marine Duroselle who lives and works in East London. It employs his brand-new manufacturing technique Fuzzy Logic, borne of the unlikely assimilation of the ancient craft of felting, a home repair kit for holey jumpers, a hacked electrical hand tool and a self-build CNC machine. 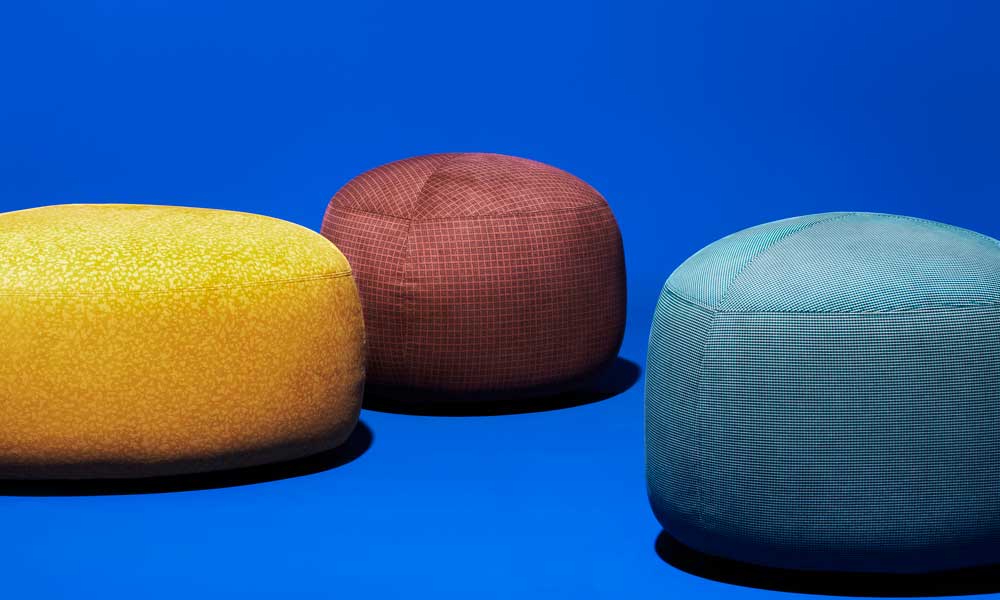 Alcantara was developed in 1970 by Miyoshi Okamoto, a scientist working for the Japanese chemical company Toray Industries Inc. In 1972, a joint venture between Italian chemical company ENI and Toray formed Alcantara SpA in order to manufacture and distribute the material. It is 100% made in Italy. With technical properties that include water repellence, fire retardancy and breathability and a touch similar to suede, the exact polyester and polyurethane recipe behind the material is a wellguarded secret. For Deco OFF Paris, Alcantara launched the Wanderlust collection created by German designer Sebastian Herkner. The series of new textures aimed at the contract market are named after mythical characters from The Odyssey and feature high-definition prints with embroidery, microembossing, layering and other intricate effects.