Grounds For Standing and Understanding by Babak Golkar

Babak Golkar‘s Grounds For Standing and Understanding is a remarkable carpet skyscraper work which has created many areas for debate.

The work unites the relationship between the two dimensional and three dimensional as well as architecture and art, with miniature structures shooting off the flat carpet surface. The structures also question the frequent tension between Eastern and Western societies, with the Eastern nations constantly being influenced by the Western world, the erected buildings represent symbols of Western patriotism.

Golkar was invited to exhibit a solo project at the Charles H. Scott gallery in Vancouver, where Grounds For Standing and Understanding was constructed and presented. An extension of the series Negotiating Space, this installation consisted of four complex structures and an installation of a set of nine architectural scale models over a Persian carpet. 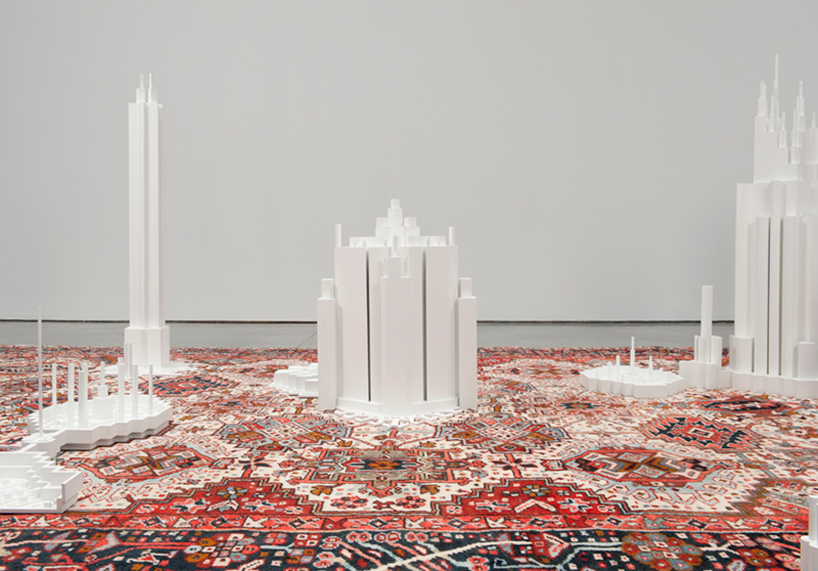 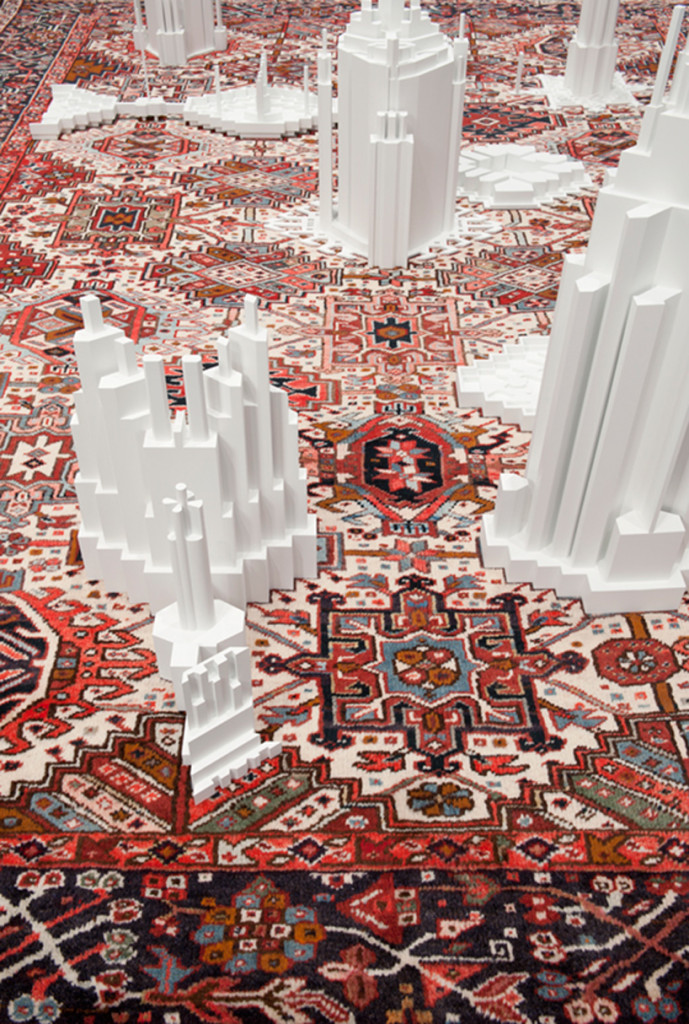 With the buildings forced through the elaborate ornamental patterning of nomadic Persian carpets, the pieces create a dynamic visual reflection on current cultural barriers. They also show the destruction of what was once holy land through emerging metropolises, driven on by oil powered Arab countries. 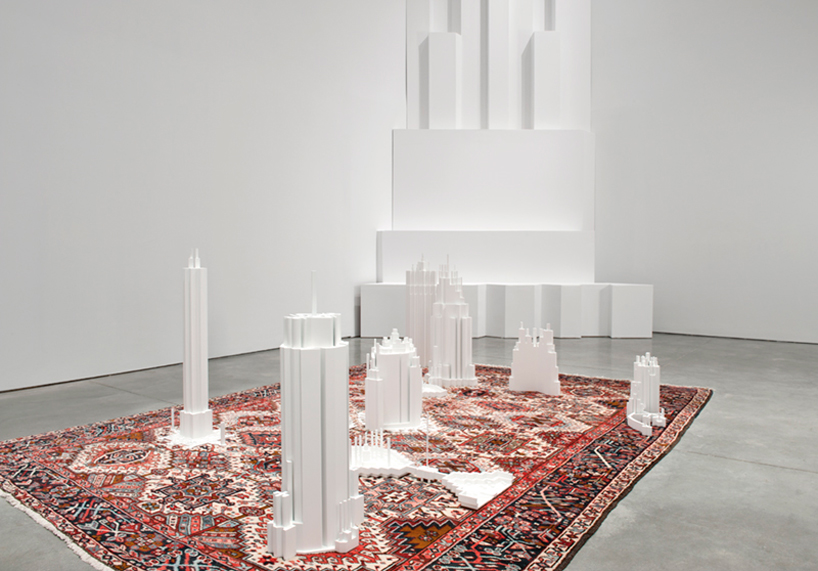 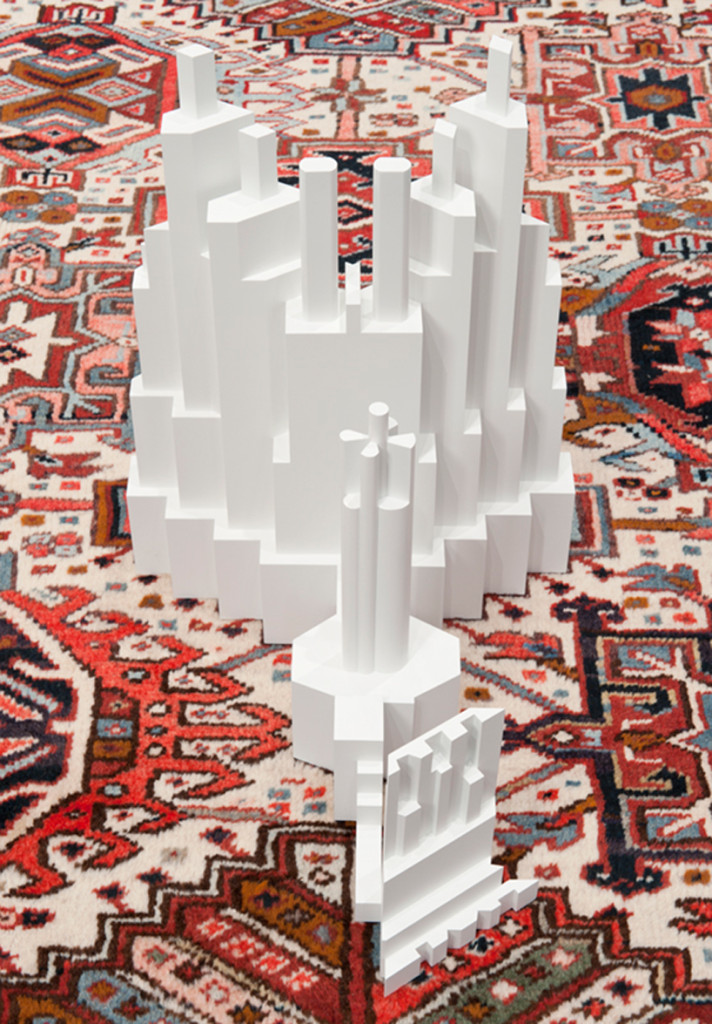