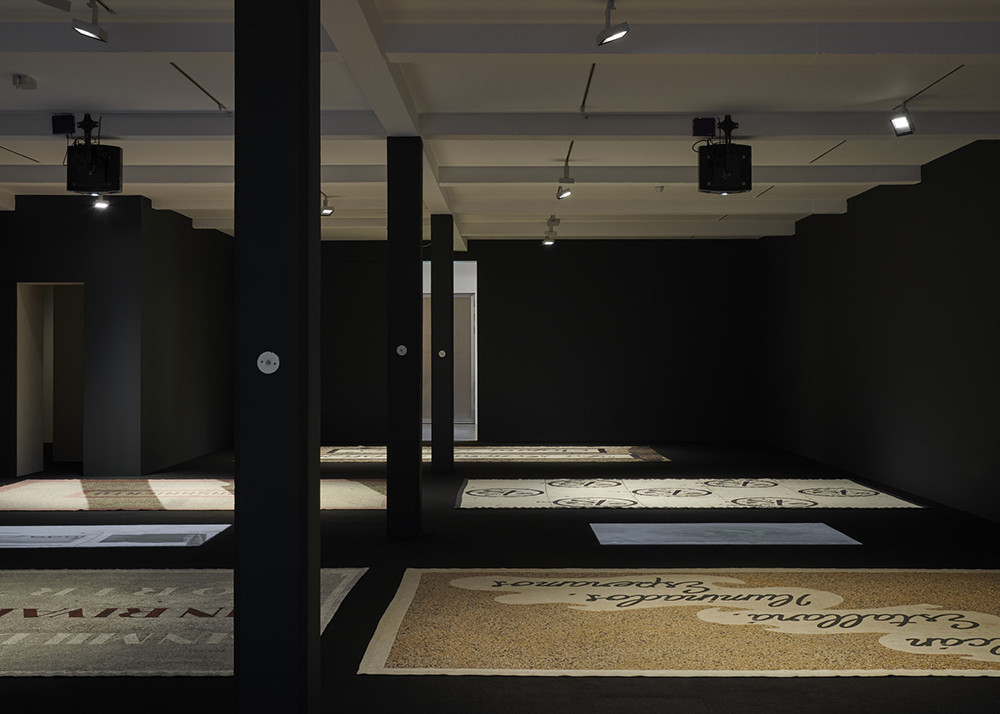 An intriguing exhibition of rugs entitled ‘Fin de silencio’ (End of Silence) is currently open at the Parasol Unit. Ros Weaver discovers the story behind the designs.

In the dim light of a not-for-profit art foundation gallery in a warehouse district of London, visitors are asked to remove their shoes before entering a dark space. As your eyes grow accustomed to the light, large illuminated rectangles of flooring reveal themselves to be rugs. They are in fact densely woven tapestries that exactly replicate the kind of customised rust and cream terrazzo cement flooring that used to decorate the entrances to shops, emblazoned with logos and slogans. The replication includes cracks and patches of dirt and damage that speak of dereliction and abandonment.

Look again and you realise that the words with flourishing initials embedded in the rectangles are in Spanish. The rugs bear cryptic messages. ‘Fatality of knowledge’, ‘Volcano Explode, ‘Humiliated we Wait’, are all subversions of original Havana store branding by Cuban artist Carlos Garaicoa.

Since being denied graduation from art school because he refused to be drafted into the Cuban army for the second time, Garaicoa’s overwhelming theme has been the crumbling architecture of his city of birth. His early pieces were anonymous installations placed in the street or alterations made to public spaces, like buildings and walls. 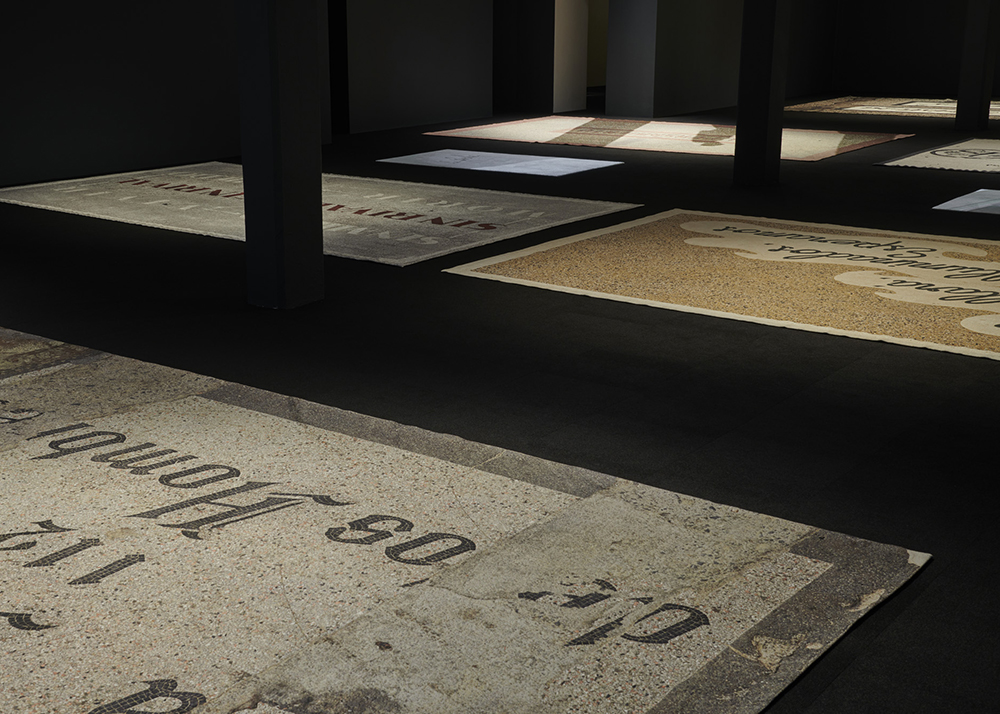 ‘When I had the idea of working with the names of Havana’s stores from the 40s and 50s,’ he explains, ‘I had already been thinking of finding a way to recreate the sensation of walking along these decorated sidewalks of Havana. This idea of tracing the terrazzos found in the city inspired me to search for a material that could give the public the opportunity to walk on top of the works themselves. I had two options to do that, literally copying the terrazzo or making a copy in a tapestry. Both options gave me the possibility of creating a kind of trompe-l’oeil, which is to make people believe they are walking on the streets again. Terrazzo was too heavy and difficult to install and to transport, therefore I decided to go with the tapestry idea that was more light, soft and delicate, and as well allowed me to work in a high photographic level of details.’

One of the tapestries has very convincing human shadows cast across it. The message is simple: El Pensamiento – the thought. Garaicoa calls these phrases ‘new pieces of poetry’. The creative process has been complicated, with over a hundred high-resolution photographs taken to produce each tapestry. 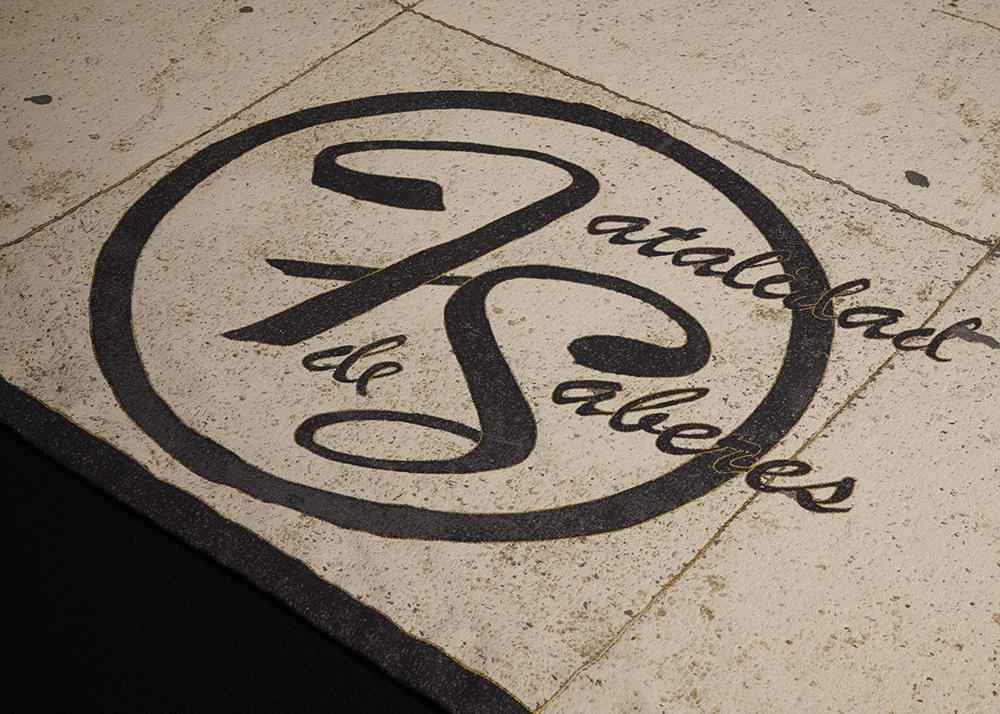 ‘I took the original names of the depicted stores and from there I created a new sentence. Later, with the help of a designer, I recreate the original typography found in the original name. From my proposal of a new text and with the designed typography I have been able to create a new street floor, where you can read my text, or poems, instead of the original name of the shops.… copying the real scale of these places you can find on the streets of Havana. The final part is to introduce the digital file in a jacquard loom machine that can produce a tapestry from a digital file.’

The exhibition also includes man-hole covers and tiled panels, cleverly doctored to include Garaicoa’s ‘poetry’. Pitting utopian ideologies against dystopian ruins, repression against expression, the local against the global, Garaicoa’s is a disturbing and intriguing investigation of the urban environment.

The exhibition remains open until 20 July 2018.