The designer, who specialises in surface patterns for digitally printed textiles, was selected by Craft Scotland as one of eleven established Scottish craft makers to showcase work at the fair. One of the pieces there will be a collaborative work created with couturier and fellow Scot, Sandra Murray MBE, who approached Morag after they met in New York. Morag saw the opportunity to indulge her fascination with patchwork, and the kimono is the result of the intensive three and a half month project. 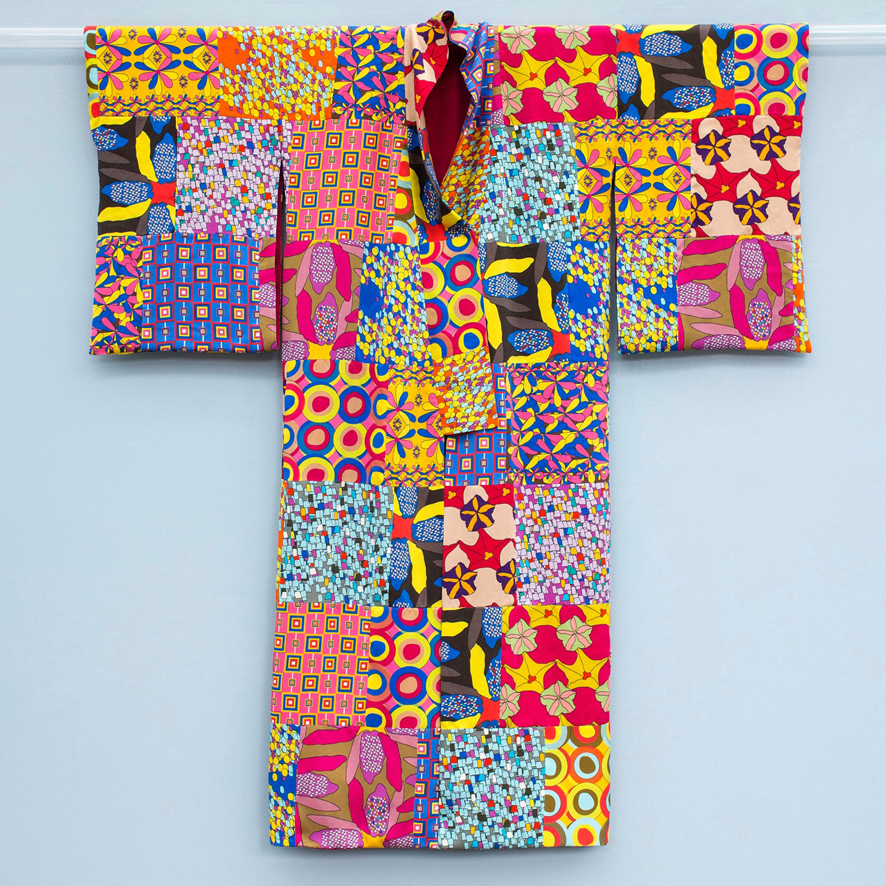 With a lot of glass and ceramics at SOFA, stained glass became the starting point for design inspiration. This led to such diverse icons as Charles Rennie MacIntosh, Frank Lloyd Wright, Jim Lambie and Milton Glaser influencing the seven patterns contained in the piece. Morag comments: ‘I’m a big fan of Jim Lambie’s work, and his use of abstraction and vivid colours… And Milton Glaser is one of my all-time heroes, so I set those two influences against each other… The patterns that went into it were all individually created for that piece. Nobody else will ever have anything like this.” With the emphasis at SOFA being functional art, the kimonos are being presented as wearable wall hangings. Whether gracing your body or your living space, the handstitched masterpiece of wool and silk is sure to make an expressive impact. Photography by Shannon Tofts. 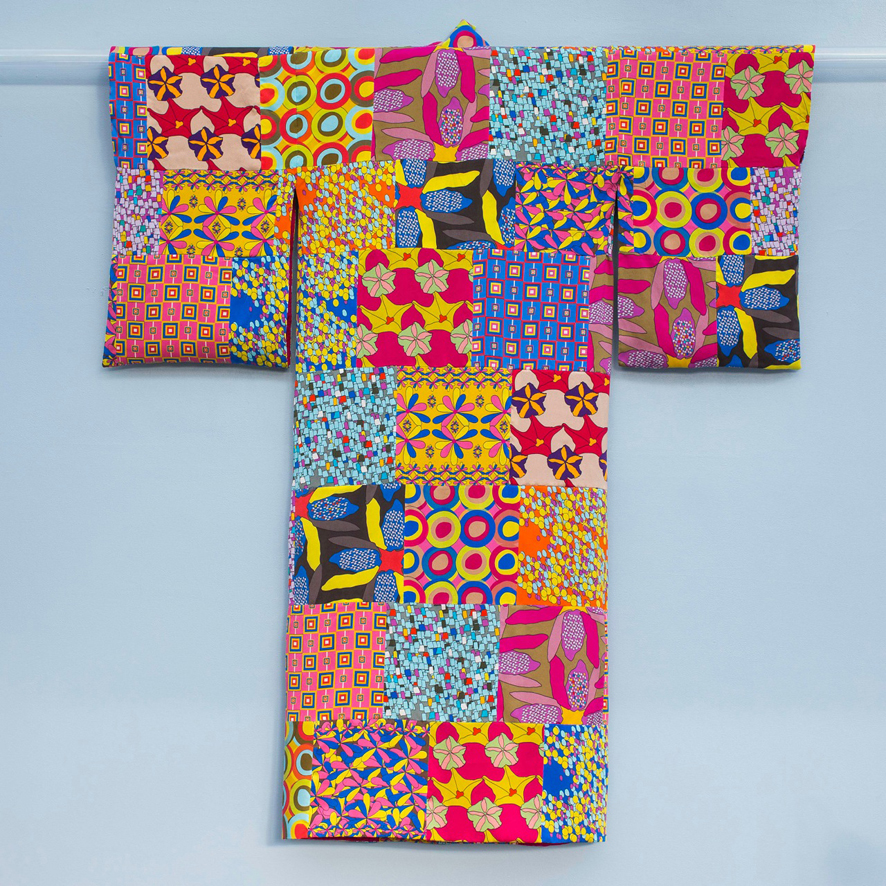 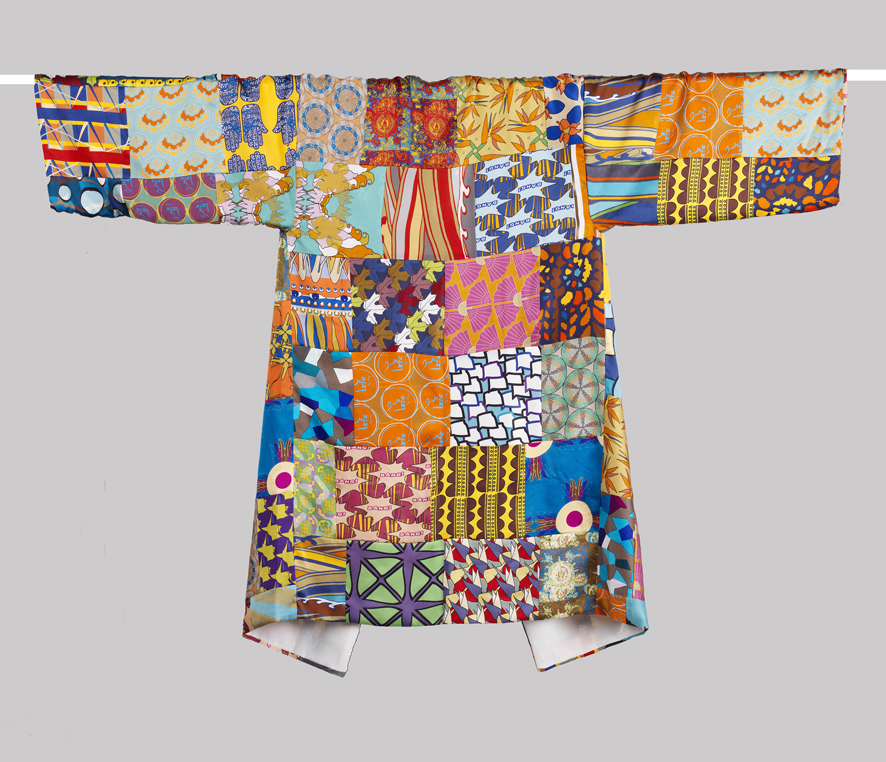 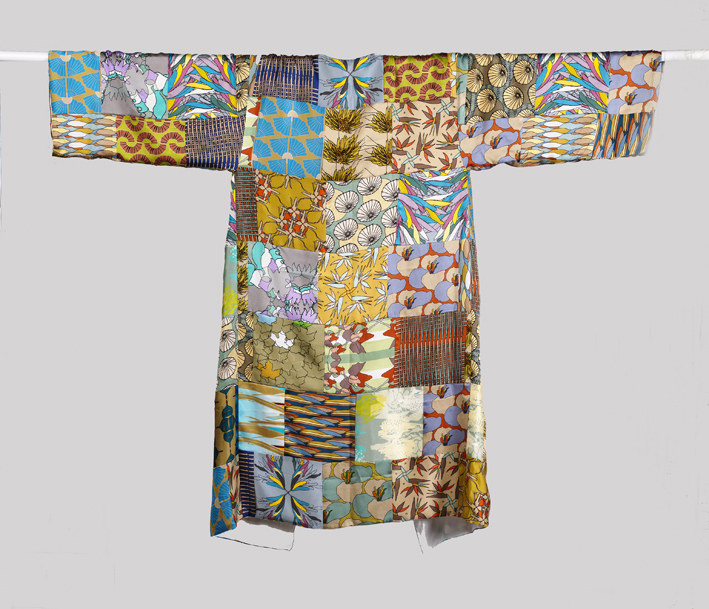 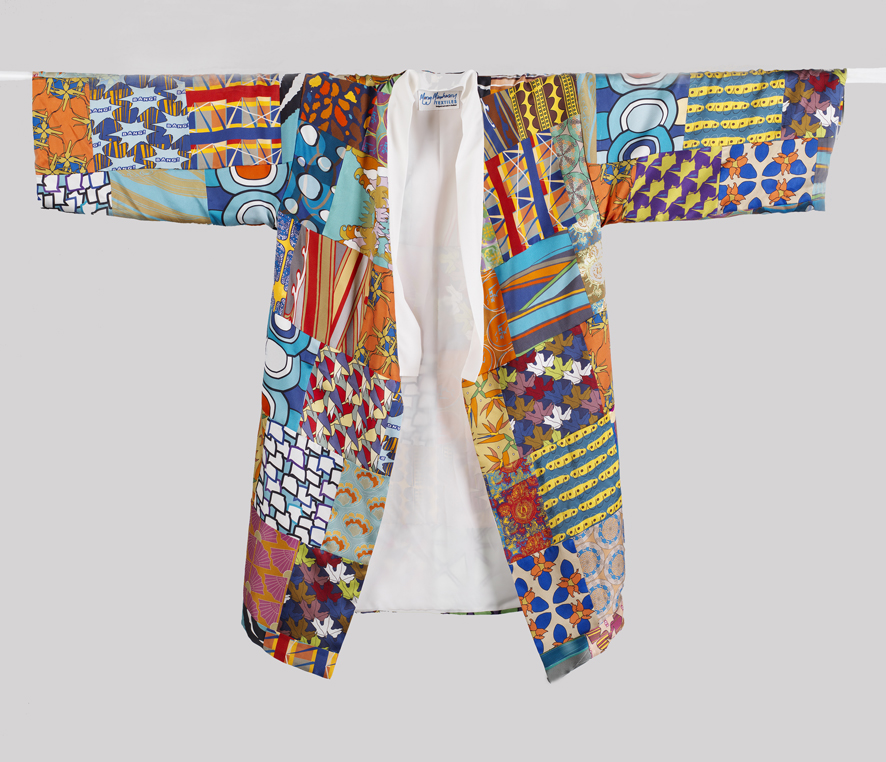 Morag Macpherson from arts-news 2 on Vimeo.