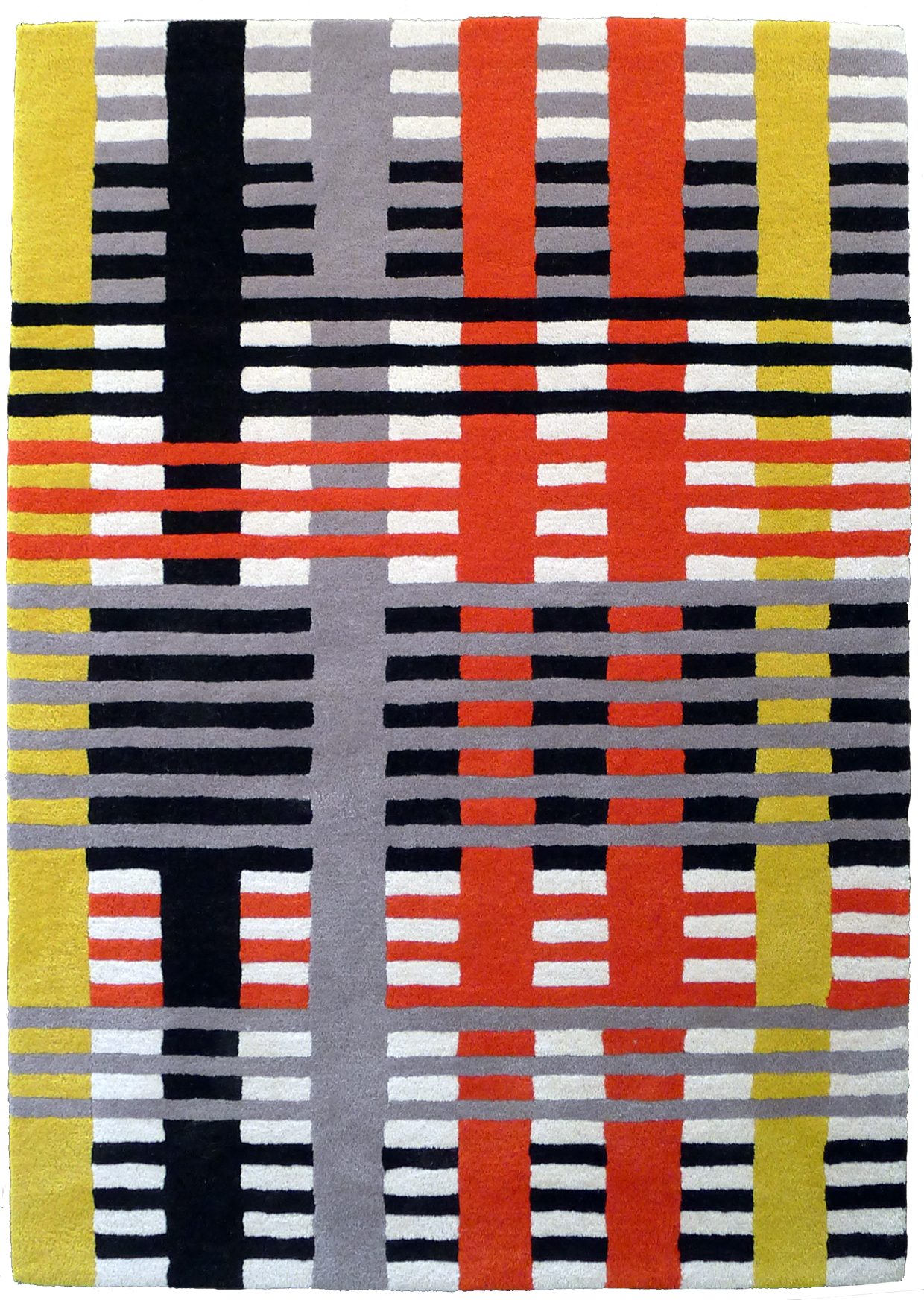 Following the success of Christopher Farr’s first exhibition of rugs held in Somerset House last year, the company will be celebrating its 25th anniversary by launching Editions: Contemporary Rugs for Collectors in the Great Arch Hall, Somerset House, London, from 2 May to 30 June 2013. Based in London and Los Angeles, Christopher Farr was established in May 1988 and has been at the forefront of contemporary rug design. Christopher Farr and his business partner, Matthew Bourne, have brought a new vitality to textile art.

Christopher Farr Editions is a collaboration with designers and artists to develop and produce rugs in limited editions of 50 to 200. The rugs are hand-tufted, made of 100% wool and range in price from £650 to £1,000. While Christopher Farr will continue to undertake commissions for bespoke rugs, and very limited editions, it is hoped that Editions will make textile art available to a wider group of collectors.

The designs are by well-known and up-and-coming artists with the relevant institution, estate or artists themselves closely involved in the whole process. Kate Blee, a London-based textile artist who has been collaborating with Farr since he first encountered her work in 1987 at the Victoria & Albert Museum, is represented in this exhibition by Penny Falls. Anni Albers (1899-1994) is one of the best known textile artists of the 20th century. Born in Berlin, she studied at the Bauhaus where she met and later married the artist and teacher Josef Albers. When the Bauhaus closed in 1933, they emigrated to the United States. Study Rug (above) was initially conceived as a cotton and silk wall hanging in 1926. It is produced in association with the Josef and Anni Albers Foundation and is available in two sizes. The Anni Albers runner in the exhibition, also available in two sizes, has been adapted from a 1959 design. Josef Albers (1888-1976) is also represented in the exhibition with his Homage to the Square: Blue, White, Grey, based on a 1951 design.

2013 is the centenary of the birth of William Scott (1913-1989), a British painter of international renown who was most famous for his still lifes. However, he moved effortlessly between abstraction and figuration as Permutation Brown, after a 1977 painting, clearly illustrates. Sir Terry Frost RA (1915-2003) was also one of the leading British painters of the 20th century, known for his love of vivid colours and for printmaking which for him became inseparable from painting.Variations (Black on White) is a rug made to one of his designs adapted from a 1973 print and produced in association with the Stoneman Gallery, Penzance, and the Terry Frost Estate. Sandra Blow RA (1925-2006) was one of the pioneering abstract painters who, in the 1950s, introduced into British art a new expressive informality using cheap, discarded materials. She later became a brilliant abstract colourist. Three Squares has been adapted from an etching printed in 2003 and is produced in association with the Stoneman Gallery and the Sandra Blow Estate.

Slovenian-born designer Lara Bohinc is probably best known as a jeweller and other collaborations include such prestigious names as Gucci, Lanvin, and Guy Laroche. She uses her training in industrial design to make conceptual, eclectic pieces as well as accessories, many of which have an art deco feel as does the appealing circular rug, Solar, in the exhibition.

Finally, designs by Christopher Farr himself will be on display including the luscious green Sulpice Rug. Christopher Farr’s Editions: Contemporary Rugs for Collectors will appeal to all those who like to stand out from the crowd, whether furnishing their home, office or gallery.